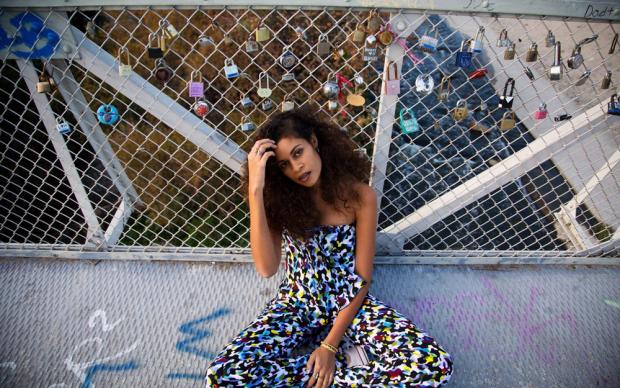 It’s finally spring in Buffalo, which means the summer concert announcements are rolling in. There is surely more to come, but we’ve put a list of 10 of the best shows that have been announced so far, in chronological order. Now secure those concert tickets before all your favorite shows sell out.

Rakim
Town Ballroom / May 27
Considered a hip hop pioneer, Rakim came onto the scene with as part of the rap duo Eric B. and Rakim in the late 1980s. Their debut, Paid In Full has become a touchstone for Golden Age hip hop, influencing a generation. Now the 48-year-old hip hop genius returns to his roots to perform Paid in Full in its entirety when he comes to the Town Ballroom on May 27.

AlunaGeorge
The Tralf / June 20
Most fans may have discovered AlunaGeorge after they were featured on the track “White Noise” by the English electronic duo, Disclosure. That single came off of their album, Settle, which exploded after its release in May of 2013. Just a month later, AlunaGeorge, English musicians Aluna Francis and George Reid, dropped their debut full length Body Music to nearly equal critical acclaim. Their follow-up I Remember will come later this year but perhaps not before they make a stop at The Tralf Music Hall on June 20.

Public Enemy
Canalside / June 23
On Tuesday, Canalside announced their full line up of Free Thursday Concerts and it includes two classic hip hop acts: Public Enemy and Coolio. If for some reason you can only choose one, it’s worth noting that despite the absence of Terminator X, Public Enemy has stood the test of time a little better with original frontmen Chuck D and Flavor Flav still leading the way after all these years. Public Enemy comes to Canalside for a free concert on June 23.

Bob Dylan
Artpark / June 30
What can one say about Bob Dylan that hasn’t already been said? The living legend and influential singer/songwriter returns to Buffalo on June 30 for a special outdoor performance at Artpark with his full band.

The Black Lips
Nietzsche’s / July 16
The weirdo psychedelic rock band The Black Lips have pleasantly surprised Buffalo fans when they announced a tour stop at Nietzsche’s on July 27. It’s not every day that the legendary Allentown venue gets to welcome a band as well known as The Black Lips, so expect the room to be packed for this one.

Tears for Fears
Artpark / July 19
After a few break-ups and reunions, English new wave band Tears for Fears are back in reunion mode. The duo will make a stop at Artpark on July 19 for a performance in the Artpark Amphitheater as part of their Tuesdays in the Park concert series.

Kerfuffle feat. Death From Above 1979
Canalside / July 23
Alternative Buffalo continues to bring solid line ups to town for their Kerfuffle series. This time around they booked a rare appearance by dance-punk band Death From Above 1979. The rest of the line up—which includes Bloc Party, The Moth & The Flames and many others—is good, but really, DFA179 is worth the price of admission.

Edgefest feat. the Deftones
Canalside / July 30
Buzz around this year’s Edgefest is loud. The line up might be the strongest in years, boasting headliners the Deftones, who return to Buffalo for the first time in 15 years. They’ll be joined by a bunch of other notable acts including City and Colour, the Sam Roberts Band, Tokyo Police Club, Joywave, and more for an outdoor festival at Canalside on July 31.