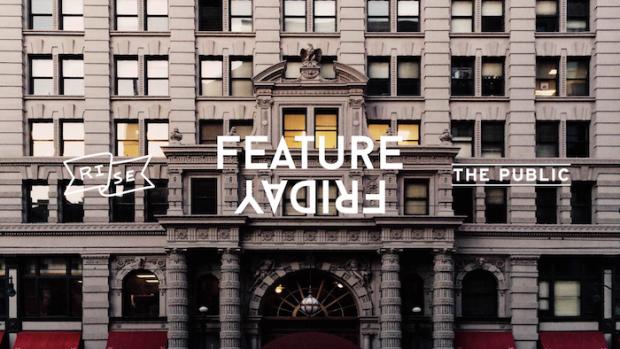 We reached out to @hellothisissteve because we we love his work up in Toronto and wanted to see the story behind that photo, but also understand how we are perceived by one of our more artistic neighbors to the north.

“Je m’appelle Steven. Lifelong Torontonian with a background in architecture, armed with a camera for a good decade now, and an insatiable itch to explore and interpret my every-changing city in every facet. Hereabouts, after a long hike, is a lookout point at the Brickworks, a former clay quarry and brick factory in the middle of town that has been converted into a park and environmental centre. There is a touristy viewing scope installed (something that is not common in Toronto) that I decided to point towards the downtown skyline to evoke a popular silly Instagram motif with these things. I’ve been to Buffalo a few times, with never enough time to take in all that there is in your fine city.

Most Torontonians seem to have little clue about what’s there in Buffalo. It’s more than just extreme blizzards, Buffalo wings, cross-border shopping, and a hockey team equally as miserable as ours. There’s world-class art at the Albright-Knox and new stuff concocted by artists parading along Elmwood Avenue; a neat military museum with WWII-era ships; great pieces of American architecture including an influential Frank Lloyd Wright house, just to name a few of my interests. There is a palpable sense of ‘we got something good goin on. We’re working on it.’ City pride upon crossing the bridge that is easy to appreciate or miss if all you care to know about Buffalo is a blank page and cheap stuff.”

“First off, my name is W. Laird Robertson and I’m from Buffalo. I’m a Buffalo “boosting” photographer/adventurer, who likes to showcase the uniqueness of our great city. Recently, I’ve been all about shooting on the water. I just love the sights and sounds of the Lake this time of year. Everything is changing. Ice is moving, birds are chirping and the Ice Boom is being taken out. It’s a really interesting scene out there. This particular shot was taken from the inner breakwall. I canoed out last Saturday and captured some great images of tugboats moving the ice boom around. This scene is so Buffalo, and so many people don’t really know about it. I’m glad a few more do now!”

“This shot is from my ongoing #frommycar project. On my commute I’m on the lookout for interesting scenes to capture. My drive typically takes me through the First Ward and the Eastside. This scene is in front of a laundromat on Broadway. Getting the shot at 30 miles per hour is a bit of a challenge, so when they work out like this it’s rewarding.”

We didn’t realize @blakedawson was our neighbor until so many of his shots were flying directly over our house. Great guy flying his birds all around town.

“About a year and a half ago I purchased my first drone, and at the time I had no idea what I was going to do with it, but I was fascinated with its potential. Living downtown, and witnessing the re-birth of the city firsthand inspired me to start shooting my favorite parts of the city. As I’ve gained more and more support for my pictures and videos, I’ve made it my mission to document as much of the city as I can. Taken with my iPhone, this photo shows my new drone, as well as Niagara Square; one of my favorite spots to shoot. I love the view of the city as you enter along Niagara Street, I just wish the city would re-pave the road already! After finding a great spot to takeoff from, where this picture was taken, I was able to capture some of my favorite footage to date. Check out my Instagram feed to see the photos and videos from this shoot, along with many others.”