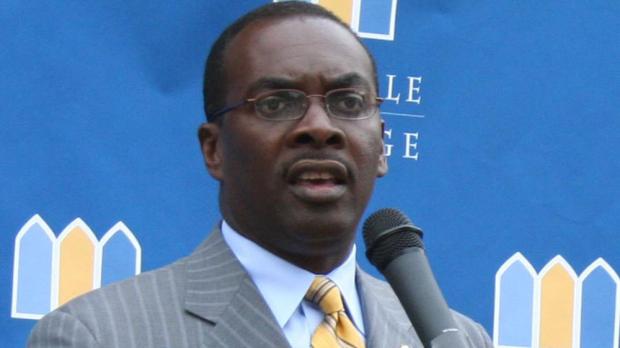 As Assemblywoman Crystal Peoples-Stokes moves forward with her push to bring mayoral control to Buffalo Public Schools it remains unclear whether she will enjoy the support of her own party, let alone find votes from Republican senators necessary to make it a reality.

Peoples-Stokes, the Buffalo Democrat with close ties to both Governor Andrew Cuomo and Buffalo Mayor Byron, introduced a bill Monday that would establish mayoral takeover of the Queen City’s school system, which has struggled mightily in recent years with graduation rates hovering around 50 percent and a school board where infighting and personal attacks are commonplace.

But members of the Western New York delegation, on both sides of the aisle, are ambivalent.

Senator Patrick Gallivan, a Republican whose district stretches from the suburbs of Buffalo to the suburbs of Rochester, said his conference—which holds the majority in the Senate—has made no final determination on whether or not Peoples-Stokes bill would be considered.

“I’m sure it’s something over the next couple of weeks that I certainly will be discussing it and trying to learn more on where leadership is and where the conference is traditionally,” Gallivan said in a phone interview this week.

A ranking member of the Senate Republicans echoed Gallivan’s comments, saying that the conference was non-committal but open to considering, and negotiating for, mayoral control.

Gallivan said that regardless of whether the push is successful, something has to be done to address the persistent issues plaguing the schools in Buffalo. Even as some economic factors improve and more people look toward living in the city, families with young children are being pushed back out into the suburbs for a lack of educational opportunities inside city limits.

“I think there’s the obligation to look at every potential avenue before you make the decision,” Gallivan said. “What’s the best way to go?”

While many Western New York Democrats have remained silent on the issue, Peoples-Stokes is facing opposition from at least one member of her own party. Senator Marc Panepinto, also a Buffalo Democrat, introduced what he describes as a compromise bill that would give the mayor input through two additional appointment seats on the school board—it is currently a nine-member body comprising six district and three at-large seats—to boost the city executive’s influence in the schools without handing over the keys.

Panepinto, a freshman lawmaker who enjoyed the support of the state teachers union but did not receive an endorsement from the governor in his campaign, also suggested during an interview with Capital Tonight’s Liz Benjamin last week that there could be larger forces at work, namely people from the Cuomo camp.

“Obviously the governor has had issues on the education front as we saw played out during the budget, and I think he’s got good institutional support from the assemblywoman (Peoples-Stokes) and the mayor [Brown],” Panepinto said in the interview. “So if [Cuomo] wants to do a test case for upstate mayoral control, Buffalo is the place to do it.”

As for Brown, the mayor has continually said that he is not pushing for control of the schools, but would take the responsibility on if Albany lawmakers were to pass the Peoples-Stokes bill.

The mayor told City & State last week that he feels, despite the dysfunctional appearance of city schools, there are many places where key stakeholders—unions, business leaders, parents—all agree.

With his record as a consensus builder, Brown believes he would be able to emphasize those points of agreement and bring people together to move them forward, he said.

“I would love to see those things that people agree on be adopted and then move in unison on those things,” Brown said.

Assembly Speaker Carl Heastie visited Buffalo last weekend to attend a fundraiser for Grassroots, a political organization that has supported both Brown and Peoples-Stokes throughout their careers, and the subject surely arose. But it remains to be seen whether the assemblywoman and her allies will be able to build the type of support needed to get her measure through the legislature and what the Democrats might have to give up to make it happen.

Justin Sondel is a staff reporter for City & State, with which The Public shares content.