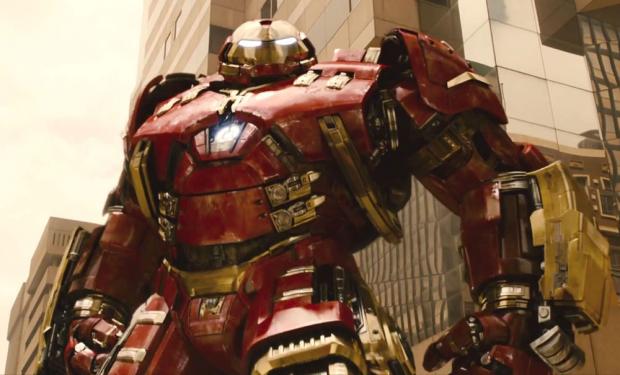 Is it summer already? I didn’t think so. And yet the summer blockbuster franchise season is already upon us: Furious Seven has earned more than $1 billion dollars at the box office, and now Avengers: Age of Ultron, the latest special effects extravaganza from Disney-owned Marvel Studios, aims to do the same. Next month Mad Max: Fury Road roars into multiplexes, with such aspiring tent pole entries as Fantastic Four (produced by 20th Century Fox, but licensed from Marvel, rebooting a franchise from just 11 years ago), Ant Man (Marvel again), Tomorrowland (based on a Disney attraction), Jurassic World (a sequel), and Terminator: Genisys (a sequel and a reboot) waiting in the wings.

While watching the recent trailer for Ant Man, I caved in to the realization that Marvel Studios has perfected the summer blockbuster formula: The company’s big screen entertainments are wildly entertaining and expertly crafted, which is bad news for film lovers hoping this trend will implode. But after watching the latest Avengers film, written and directed by Joss Whedon, who helmed the more cohesive first film, I’m not so certain. Ultron is the weakest of the company’s interconnected crowd pleasers, neither as smart as Captain America: The Winter Soldier nor as fun as Guardians of the Galaxy.

Captain America, Iron Man, Thor, Black Widow, Hulk, Hawkeye, and Nick Fury are back. Is there any point in listing the actors who portray these characters? They’re all likeable as they trade quips sure to elicit laughter from the target audience, but only Scarlett Johansen and Mark Ruffalo are called upon to do much more than provide action for green screen technicians and stunt doubles to enhance. This time around, the Avengers are joined by more heroes than I care to count, and that’s the problem: so many characters and subplots have been crammed into this film that there is little opportunity for characterization or suspense. Whedon recently announced his retirement from the franchise he helped build because the mothership is dictating the inclusion of even more characters in the next two entries, which already have release dates.

Following a chaotic raid on Hydra headquarters in the fictional European country Sokovia, Robert Downey, Jr.’s Tony Stark (aka Iron Man) and Ruffalo’s Bruce Banner (The Hulk) develop Ultron, a sentient computer program which will take over making the world safe so the actors can make more thoughtful movies. Ultron, as voiced by James Spader in the kind of labor-free role Marlon Brando would have loved in his later years, decides the best way to achieve his programmed objective is to rid the planet first of the Avengers, and then all of mankind. Paul Bettany isn’t as lucky as Spader: for his unrecognizable role as Ultron’s rival, the Vision, he had to wear heavy makeup and show up on set.

For such a high stakes predicament as eradication by a sarcastic computer, the characters never find themselves in danger, and much of the action is unwisely set in Sokovia. Where’s the fun in that? The new characters include the Flash-like Quicksilver, played by a different actor and handled more enjoyably in last year’s X-Men: Days of Future Past, and his sister, the Scarlet Witch, played by Elizabeth Olson, who barely registers with her limited screen time. I was both relieved and depressed to see Linda Cardellini, so good on TV’s Freaks and Geeks, Mad Men, and Bloodline, in the thankless role of Hawkeye’s wife.