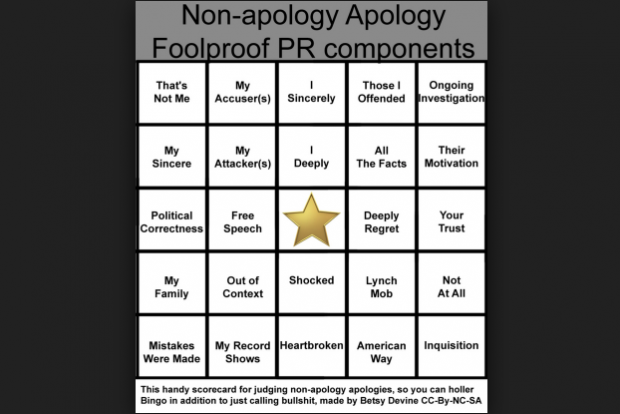 On Wednesday, The Public exposed a set of Tweets that “Airborne” Eddy Dobosiewicz published Tuesday night. In commenting on the riots and demonstrations in Baltimore, Dobosiewicz referred to human beings of whom he disapproves as “animals”, and used an image of baboons climbing all over a car to illustrate his point. When you conduct a Google image search of the picture he used, this comes up: In order to illustrate some point he wanted to make about predominately African-American demonstrators, he used an image of a British drive-through safari park.

The Buffalo News reports that WKBW and WBBZ both suspended Dobosiewicz due to his online outbursts, which he has at long last deleted. The News’s Tim O’Shei spoke with Dobosiewicz, and it’s important to analyze what he has to say for himself.

“My intent,” he said, “was to speak to humanity and say, ‘People, let’s act like humans.’ I was trying to shed a light on man’s inhumanity to man, not on a particular race of people.”

At the time, Dobosiewicz had a beginner’s 150 Twitter followers, so for him to suggest that he was speaking “to humanity” is somewhat of a stretch. Illustrating the “evils of man” by depicting black people as monkeys or apes seems also to be ridiculous.

“I’m a comic. … I say things in a sarcastic way and I suppose things got taken out of context, but believe me, my intention was not to offend any one particular group of humans,” he said. “My intent was to kind of jolt everybody into reality. We’re doing bad things out there, folks, and the world is spiraling out of control.”

Comics are supposed to be funny. But beyond that, there was nothing sarcastic about what Dobosiewicz wrote—it was just mean and racist. The part that’s truly outrageous, though, is the notion that “things got taken out of context”. Nothing could be further from the truth—if you go back and look at the original post that brought this all to light, it includes a verbatim reproduction of the entire Twitter exchange that Dobosiewicz held with multiple people on the subject. The entire context was there—it’s just that Dobosiewicz was insistent on insulting his critics and doubling down on his dubious “point”.

Who’s looking, by the way, for “Airborne Eddy” to “jolt everbody into reality”? Again—150 followers and he’s got scary-important opinions about how “the world is spiraling out of control”? If you’re a comic—write something funny. If you’re trying to be a pop sociologist, write something intelligent. If you’re a hateful and unthoughtful hack, post a pictures of monkeys to depict black rioters.

On Tuesday, he said, a longtime colleague, who is a comedian currently working in Baltimore, posted a photo of another comic who was caught in the riots. “He posted this picture of this guy in a hospital bed with his face all bloodied and bandaged, a neck brace on, eyes swollen shut,” Dobosiewicz said. “It was horrific.”

Though he acknowledged that “in hindsight, I should have kept my mouth shut,” he made his initial tweet, then after seeing the criticism, changed the picture and eventually deleted the post.

Which comic is this who was hurt in the riots? Why didn’t Dobosiewicz repost the image as part of his commentary on the subject? Is that the “context” about which he’s complaining? But remember, too, how Dobosiewicz claimed he didn’t delete the original picture because it was so palpably racist, but because it was too “playful”?

@buffalopundit as explained b4 the 1st was 2 playful. Baltimore has been infected w vicious wild animals. Lets not upset them

He knows full well what he did, and the “playful” excuse was a lie.

“Regretfully, I wasn’t clear in the message I was trying to get across and it came across as racist,” Dobosiewicz said. “Anyone who knows me knows I’m not racist.”

It came across as racist becuase it was racist. Actually, I received several messages from people who have had extensive dealings with Dobosiewicz on east side projects and told me quite the opposite. One East Side activist, who asked to remain anonymous, said,

…it is a well known fact that Airborne Eddy has done nothing to help the east side but find ways to line his pockets. From endorsement deals with Sobieski Vodka, to his property he purchased 5-6 yrs ago in the Fillmore district claiming he was going to reopen it (former tavern, never happened), to his money-making tours.

I could go on and on here. I just wanted to Thank you for calling him on his latest round of bullshit. My children, all highly educated, employed with not even a parking violation, have to deal with people like this, and it makes me sick.

It’s the monetization and privatization of nostalgia. In response to my quip that Dobosiewicz had destroyed his reputation, one person wrote,

He did not destroy his reputation. He just gave it a more public outing.

Another posted the original article to Facebook with this,

During my first year at the Terminal I tried to work with him but just couldn’t—there was that certain ambiguity that finally revealed itself back then and now, today… Re: Dyngus Day—I always wondered how one could celebrate a heritage of abandonment with rampant drunkenness and total disregard for the people who live there now. Yeah, i said it…

People beg to differ about, “everyone who knows me”. Also,

Dobosiewicz pointed out that his office is on the East Side, “the area of the city that has the most African-Americans. They’re all over the place. They’re my neighbors. I’ve lived next door to an interracial couple for 30 years.

“They’re all over the place”.

“Anyone who knows me – my friends, my family, people that I’ve worked with – they’re absolutely clear that there’s not a racist cell in my body. For someone to take things out of context simply for the attention that has been garnered by this thing, it’s regretful. I truly regret causing any upset to anyone, but that was not my intention. My intention was to shine a light on what craziness is out there in the world.”

No. You don’t get to say you “regret” something while quite literally in the next breath accusing me of taking, “things out of context simply for the attention that has been garnered by this thing”. Yes, I brought attention to his racist Tweet, but not for my sake. Like Eddy says, he makes his living in a black neighborhood. The racist imagery he used to condemn black rioters is his fault—not anyone else’s. Indeed, people pointed out that it was racist and he attacked them on Twitter. He mansplained and whitesplained his way through the evening, and the Public’s article didn’t appear until 12 hours later—plenty of time for his head to cool and for him to think and retract.

But in the end, the best he could do is the standard, passive-aggressive, sorry-if-you-were-offended non-apology apology. As to his future at WBBZ and WKBW,

“I would hope it’s an open question,” he said. “I would hope that cool heads and common sense prevail. I don’t know that yet.”

Based on the reaction from some that I saw all over the internet yesterday, I’m sure a great many Buffalonians share Dobosiewicz’s attitudes and opinions, and there’s no question that he will find a happy home at some media outlet somewhere. There’s some rank ignorance out there. If we don’t confront it, what good are we?