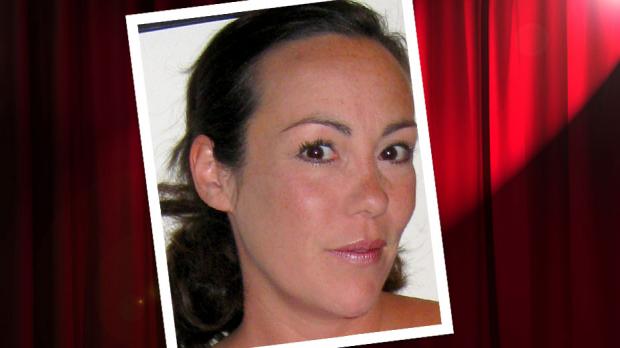 Lisa Vitrano is one of the most sought-after leading ladies in this region. Every year, it seems, she gives at least one tour de force performance in at least one thrilling role. Last year was her year of Arthur Miller, giving a powerful and affecting performance as Beatrice in A View from the Bridge at Subversive and a portrayal of Elizabeth in The Crucible at American Repertory Theater that was so painfully intense that the palms of our hands went cold and we squirmed in our seats as the suspense built. The year previous, she was regal as tormented Gertrude in Hamlet at Shakespeare in Delaware Park. She was soulfully elegant as a patrician Buffalo wife and mother in A. R. Gurney’s Ancestral Voices at Road Less Traveled the year before that, and wowed audiences with her own autobiographical play Bitch Bares All the year before.

Currently, she is playing Helen, the daughter of a wealthy family married to a union organizer in Anna Kay France’s stage adaptation of Manny Fried’s autobiographical novel, The Un-American, at Subversive Theatre Collective. In the play, her husband is called before the House Un-American Activities Committee for questioning.

“Left to care for her two young daughters,” says Vitrano, “Helen faces enormous pressures from her friends and family to distance herself from her ‘rabble rousing’ husband. She is a woman torn between two worlds. Does stick with and stand by her controversial husband? Or does she succumb to the pressure of her wealthy friends and family?”

Women in conflict, thrust into situations not of their own making seems to be a Lisa Vitrano specialty. Beatrice, Elizabeth, and Gertrude could all be described in this way. She won an Artie for such a role in Jon Elston’s Private Viewing. With uncommon insight, intellect, and rigorous preparation, Vitrano brings these women depth, dignity, and reality. She is, without question, one of this city’s A-list actors.

Here she submits to The Public Questionnaire:

What word would your friends use to describe you?
I can’t honestly presume to know that without asking one of them. So I did and he said “feisty.”

What quality in your current characters is most unlike your own personality?
Helen grew up in a wealthy family; I did not. I think she carries with her a sense of entitlement that I definitely do not relate to.

What quality in your current role is most like your own personality?
She has a fear of uncertainty and concern for her future, because her life is being tugged and pulled at from different directions. For reasons different from hers, I can identify with this.

What is your idea of hell on earth?
Being in a mall during peak shopping seasons.

What is your greatest fear?
That I’ll never accomplish all the crazy ideas for projects that swirl around in my head.

Which talent do you most wish you had?
I wish I could play multiple musical instruments.

What superpower do you most wish you had?
I can’t narrow that down to just one! I want to be a flying invisible time traveler, who can read the minds of all living creatures.

What would you change about your appearance?
Classic short girl answer: I would like to be taller.

What trait do you most dislike in others?
Lack of consideration and compassion

What do you most value in your friends?
An open mind and loving kindness.

What quality do you most value in a good director?
I love directors who are organized, honest, truly embrace collaboration, and really put themselves into the work instead of just directing traffic. I need to feel I can trust my director.

What is your guilty pleasure?
Cooking competition shows!

Who is your favorite fictional hero?
Dorothy in The Wonderful Wizard of Oz.

Who are your real-life heroes?
Too many to name! Pretty much everyone out there struggling to make a living and doing so with a positive attitude.

What do you consider to be the most overrated virtue?
Ambition.

On what occasion do you lie?
This is one of those weird existential loop questions! I used to lie often as a child, so I try really hard not to now. But I lie all the time! I lie to myself and the world when I’m having a bad day. I lie for a living, thinking another persons’ thoughts and speaking someone else’s words. But those are fun lies. I never lie with the intention to cause harm.

What was the subject of your last Google search?
Gobekli Tepe. I am an ancient civilizations freak.

If you come back in another life, what person or thing would you like to be?
I would like to come back as a bird or a tree. If I did come back as a tree, I’d like for it to be on a tropical island where I be allowed to grow big, strong, and old. Until a bolt of lightning strikes me down.

What role, in which you will never be cast, is perfect for you?
Li’l Bit in Paula Vogel’s How I Learned to Drive.

What is your motto?
Do what you love, trust what you know, smile and breathe.