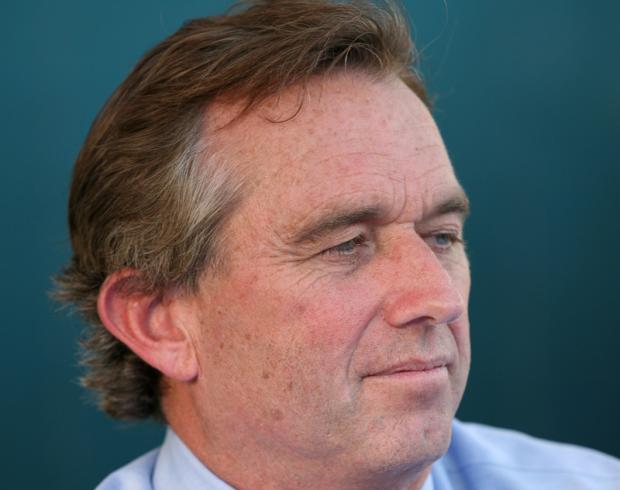 Robert F. Kennedy Jr. was born into one of America’s most famous families, but he has made a name for himself as one of the country’s leading environmental lawyers and advocates.

Kennedy, who teaches environmental law at Pace University, chairs the board of the Waterkeeper Alliance, a coalition of environmental organizations that combat pollution. He is also lead attorney for Hudson Riverkeeper and the Natural Resources Defense Council, spearheading efforts to clean up the Hudson River and Long Island Sound.

The following is an edited transcript.

City & State: The biggest environmental news in New York in recent months has been the Cuomo administration’s decision to ban hydrofracking. Were you surprised?

Robert F. Kennedy Jr.: I was surprised because the oil and gas industry have been able to exert such power that it’s unusual for a politician to have the gumption to stand up to them.

C&S: How significant is it that New York is banning fracking?

RFK: I think it’s very significant. It’s a substantial milestone. As Governor Cuomo said from the beginning, if he found fracking was going to damage public health, he wasn’t going to go forward. And he’s the first governor to put public health first. With the other governors, it’s been that the oil industry comes knocking and they let them go ahead and then they say we’ll do the health studies later. Cuomo said no, we’ll do the health studies first. And when the health study came in, the financial cost of fracking and the cost to the health of the people of the state exceeded the financial benefits. That is a milestone, not only for this country but across the globe. People are going to be talking about that decision.

C&S: Thousands and thousands of New Yorkers raised concerns about fracking. What role did that play?

RFK: They played a huge role. Politicians can’t act in that vacuum, even when they know a decision is right. If you don’t organize politically, the correctness and reasonableness of an administration will not drive it through the political process.

C&S: With fracking off the table, what are the most critical environmental issues still to be addressed in New York?

RFK: There are a lot of issues that New Yorkers need to be concerned with: the integrity of the New York City water supply, which is providing water for 10 ½ million people; the ongoing cleanup in the Great Lakes and in the Hudson River and in the Finger Lakes regions; and also the growing problem of nutrients in the water supply from both agriculture and sewage treatment. That is now affecting some 78 percent of fresh water in New York State. That’s with algae blooms and nitrification, which is oxygen death.

C&S: On the national level, the U.S. Supreme Court is weighing a challenge to the Environmental Protection Agency’s stricter clean-air standards for power plants. How do you expect that case to play out?

RFK: I posit that the court will uphold the federal government’s power to regulate carbon, ozone and particulates and other pollutants from power plants. It’s clear from the statutory language and from precedent that the president has that power. Just rationally, the president has to have that power because nobody else can do that. So if the Supreme Court found that the president lacked the power to regulate pollutants, it would mean that nobody’s going to regulate them. The states certainly won’t regulate them. It’s too easy for the industry to dominate the state political process and get the states to compete against each other in a race to the bottom. That’s why we had the federal statutes in the first place, after Earth Day 1970. Prior to Earth Day, there was horrible pollution. The problem is it was being left to the states. The only reason it got cleaned up is because we switched that to give that power to the federal government. If you take it away, we’ll be back where we were in the 1950s with Lake Erie being declared dead and the Cuyahoga River burning and all of Southern California’s beaches being destroyed with oil spills and DDT everywhere. Nobody really wants to go back to that except for the industry.

C&S: How effective has the Regional Greenhouse Gas Initiative (in which New York participates) been? Is cap-and-trade the future?

RFK: It’s hard to tell where we’re going to go. I actually like cap-and-trade for carbon, because it uses the power of the market to incentivize and give industry the opportunity to actually make money by doing something good for society. That’s how the market is supposed to work. Now, the free market is the most powerful economic engine ever devised. But it has to be harnessed to a social purpose or it will just drag us down the road of corporate kleptocracy and environmental destruction. So you have to organize market rules so people can make money by doing good things for society, rather than forcing people to make money by doing bad things to the rest of us, which is how the energy market now is arranged. The way energy markets work in our country is the more energy you burn the richer you get. These are rules that were designed and written by the incumbents, by the carbon polluters, to reward the dirtiest, filthiest, most poisonous, most destructive, most addictive fuels from hell, rather than the cheap, green, wholesome, efficient, economic, local and patriotic fuels from heaven. We need to turn that around.

There are some states where we have done that, like California, where the utilities get rewarded for serving and for switching to renewables. The utilities make the same amount of money, but they make money by doing good things rather than making money by just burning as much coal as possible. Which is why California is using half the energy that the rest of us use.

C&S: In 2001, you and Andrew Cuomo attended a rally to call for the closure of the Indian Point nuclear power plant. Did you have any role in informing his point of view on that issue?

RFK: Andrew makes his own decisions about policy. I think he’s keeping his word on Indian Point. The DEC, his state agency, has made it very clear that they do not want to renew the permits at Indian Point and they’ve been acting very aggressively to ensure there is substitute power when we do close Indian Point down.

Jon Lentz is Senior Correspondent for City & State and appears in The Public courtesy of a content-sharing agreement.