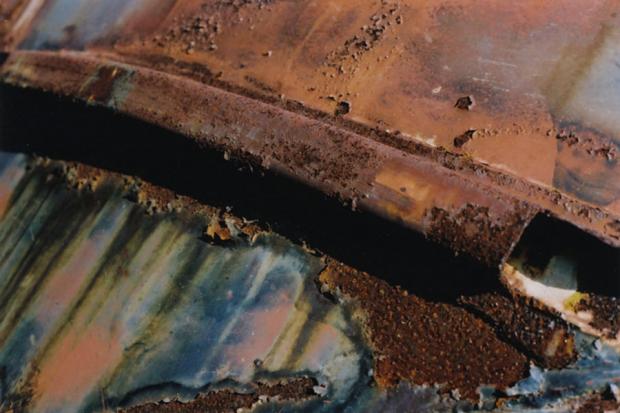 A fresh look at recent data shows that since 2000, the Rust Belt’s economic growth is strangely, disproportionately due to the category that includes finance, insurance, real estate, rental, and leasing. This means that the much-heralded comeback of the Rust Belt is a fragile, in several cases non-existent trend that is masked by the pleasant appearance of new construction—construction of commercial office space and suburban houses in markets already glutted with abandoned inner-city homes and massive downtown vacancies. What the numbers show is that the Rust Belt is financializing faster than the American economy as a whole. It’s happening faster in Cleveland and Rochester than in Buffalo, but pay attention: A new real-estate bubble is forming in precisely the places where manufacturing is withering.

The good news is that, in the aggregate, economic growth in 10 of the biggest Rust Belt metros is a reality. Economic growth is measurably occurring even where the population is flat-lining or has declined since 2000. Economic recovery since 2009, the years of the Obama administration, is a reality in the Rust Belt’s Big 10, especially in Detroit, even though the Detroit metro economy is smaller than it was before 9/11.

As of 2013, the last year for which numbers on a metro-by-metro basis are available, things were looking up in Cleveland, Pittsburgh, Milwaukee, Rochester, Buffalo, Dayton, Albany, Toledo, and Syracuse.

Now for the rest of the story.

A tiny sector—the finance, insurance, and real estate sector, or FIRE, which in most of these metros employs only a couple thousand people—is responsible for an insanely disproportionate share of the positive numbers in the Rust Belt.

In some Rust Belt metros, FIRE is half or more of the economic growth recorded since 2001. In America’s metros overall, FIRE is up a little over 6.8 percent since 2001. That means that, nationwide, overall, there’s no real estate bubble.

But in the burgs that are not actually increasing in population, or where (like the Buffalo metro) the population increase over the course of the last 15 years is negligible, the disproportionate growth of FIRE is unmistakeable.

Real estate and finance are not manufacturing, not entrepreneurship, not engineering, not the sought-after “tradeable sectors” that bring metropolitan regions new earnings from the export of new solutions or new goods sold to the world market. Instead, the new money that is getting counted comes from trading in local real estate, from renting money, from renting property, and from developing property—which happen to be the activities that fund the political class. And those activities rely on the dynamic we see most pointedly in Buffalo: abandonment of the old and sprawl without growth.

The only other sectors growing in Buffalo since 2001: wholesale and retail trade; services, specifically professional, educational, healthcare (but not hospitals); a little bit in entertainment and hospitality; and a bit in state and local government. We’ve seen this in the employment numbers, too: Manufacturing employment is down, and manufacturing is down also both as a share of our regional output and as a contributor to the regional economy.

Of the 10 big Rust Belt metro areas, only in Pittsburgh and in Toledo are the FIRE engines not pulling the trains. In Pittsburgh, which lost population at about the same rate as Buffalo, Detroit, and Cleveland between 2000 and 2010, the FIRE economy is just four percent of a very modest economic uptick. But the Pittsburgh region has a remarkable story to tell about entrepreneurship, albeit in the service sector, not in goods-making. In Toledo, which has had an even more modest upswing, the FIRE economy contributed only four percent of the improvement, which is being shared by fewer people in its shrinking metro, but Toledo is where most of the glass that goes into automobiles is made. Goods-making is up in Toledo, as it is in Detroit, since the Obama administration began.

More head, not much beer

Just over one-third of the real-dollar increase in the Buffalo-area economy has come from FIRE in the past dozen years. There’s a 16 percent increase in manufacturing nationally; here, manufacturing fell by almost 11 percent. Goods-producing here, including food-processing for local consumption as well as car parts and other exports, is down a lot from 2001, and now accounts for less than a fifth of the regional economy.

In Rochester, whose economy is slightly bigger than the Buffalo-Niagara Falls region’s though its population is slightly smaller, FIRE accounts for 55 percent of the economic growth there since 2000. In Cleveland, which saw its regional population shrink by just a little more than 70,000 between 2000 and 2010, FIRE accounts for 67 percent of the growth in the total output of goods and services in a metro of 2.1 million souls.

Look at that again: In Cleveland’s metro, two-thirds of what the federal government counts as economic growth is from the FIRE sector. Cleveland is a sophisticated and relatively large metro. It has pro sports, big culture, a huge and globally respected medical center, some multinational corporate headquarters, a diverse civic sector, major banks, and a big footprint in national politics. But its sprawl-without-growth syndrome is worse than in the Buffalo metro. Its central city continues to hollow out—the city itself lost 17 percent of its population between 2000 and 2010—and the FIRE sector thrives while the rest of its economy treads water.

Here’s what this means to you.

If you work for a bank or, a real-estate developer, or if you hold some property as a landlord, you know well that you’re doing better since the crash of 2008. But when you look at the numbers of people getting the new post-crash jobs, the tough reality is that almost all of the new jobs since the recovery began in 2009 are jobs that pay minimum wage, so you’re relying for your rents, your fees, and your comparatively high salaries on the ongoing financial well-being not of new entrants to the workforce, and not of new exports, but on three things that you really hope will continue: low interest rates, a strong American dollar, and a rising stock market to benefit all those old folks who have some assets. (About one quarter of our population here is over 60.)

If you don’t work for a bank, develop real estate, or own property, you’d best be living in one of the Rust Belt metros where the economy is diverse enough to weather the changes that many observers see as inevitable: a rise in interest rates sometime in 2015, a recovery of the Euro in 2015, and a “correction” in the stock market in 2015, too.

Goods-producing in the private economies of the 10 biggest Rust Belt metros is less than it was a decade ago because globalization hasn’t stopped—and nowadays, goods-producing for the export market faces a challenge: the strong US dollar. Only in car-making Detroit and in automobile-window-making Toledo are goods-producing activities worth more today than they were in 2001—but only by tenths of percentage points. In every other one of the Big 10 metros, service industries are a far bigger share of their regional economies than in 2001.

And then there’s farming.

The Great Lakes area continues to receive the most reliable, least destructive forms of precipitation, with fewer hurricanes, tornadoes, or ice storms than either the Atlantic or Gulf coasts. But farming is, overall, fading in overall importance even where regional populations are shrinking.

Farming accounts for less than one percent of all the economic activity in all 10 Rust Belt metros. In six out of 10 of them, farming has shrunk since 2000. Where it has grown, its contribution to these regional economies is less than that of tourism, museums, information technology, or other small sectors like film-production, internet publishing and such that actually exist all over the USA, but that are mainly concentrated in the mega-metros of New York, Los Angeles, Chicago, Boston, and Seattle.

And we know what that means: Even now that the price of gasoline is $1.50 per gallon below what it was before the Saudi oil minister decided to help Barack Obama make war on Vladimir Putin, too large a share of median-income households goes for fuel.

As we reported here recently, there’s no interruption in the 30-year trend of where building permits for new houses are issued: over 58,000 in the suburbs, fewer than 2,000 in the city since 1980. And throughout the Rust Belt, that’s the way it goes, because throughout the Rust Belt, we are looking at metro economies that transcend municipal boundaries, but there is no effective metro-wide land-use planning, school administration, or governance, except, to a small extent, and then inconsistently, for water and sewer systems.

Not surprisingly, in the places like upstate New York where the majority of the new jobs are in retail, in hospitality, and in services other than banking or real-estate development, and not in manufacturing or other high-pay fields, the income polarization Emmanuel Saez and Thomas Piketty describe as the national trend has a local expression: Making money with money benefits people with money, not people who work jobs that pay wages and salaries.

The lessons of Detroit and Toledo are pretty clear, too: Obama’s rescue of General Motors brought manufacturing back from its steep decline. Making things and then selling them to the world has re-established a more sound economic foundation in those metros. It’s slightly different in Pittsburgh, which (like Buffalo and most of the rest of the Rust Belt) continues to lose goods-making industry. But in Pittsburgh, what growth their metro economy has seen had indeed come from services, but also from tradeable sectors. The numbers show that Pittsburgh’s civic leadership was wise to invest 20 years, three universities, and three major foundations’ grant-making in entrepreneurship rather than in house-flipping seminars. And re-migration to central-city Pittsburgh has had some net benefit: as we will show in subsequent essays, Pittsburgh is doing better on containing sprawl than Buffalo, Rochester, Cleveland, Dayton, and other Rust Belt metros where the FIRE economy rides high.

We’ll also take a look at who is making what. Here’s a hint: Manufacturing in Buffalo-Niagara Falls was worth $8 billion in 2001. In 2013, it was worth only $7.1 billion. Renting money and pumping up real estate was worth $6.1 billion in 2001, but grew to $7.9 billion in 2013. Manufacturing pays high wages to working people, while real estate and finance pay speculators and a very few very, very highly-paid bankers and the people who help bankers. It’s no surprise that incomes derived from wage-work here are not doing too well, but that the relatively few people who run banks and rent out offices are doing very, very well.

Funny thing about FIRE: It seems to need a lot of fuel. And as we’ll see, the political class in the Rust Belt never tires of supplying it.