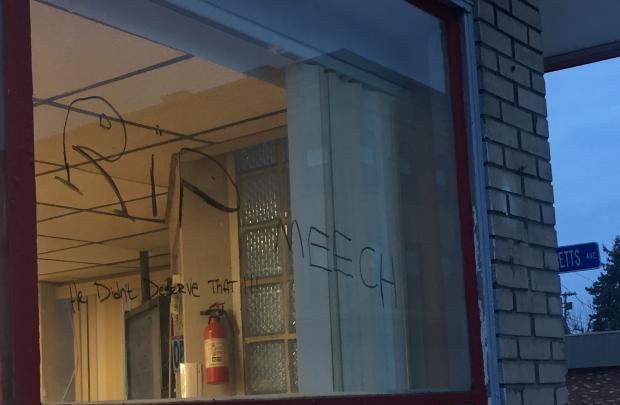 I created the Justice for Meech Video + Photo Mini Documentary because I knew Wardel “Meech” Davis well enough to know—despite the negative posthumous media depiction of him as “A Casualty of the War on Drugs,” or an “unruly suspect” in an unspecified crime—he was a friendly 20-year-old kid from Buffalo’s Upper West Side who didn’t deserve to die in police custody on February 7. Therefore, I felt compelled to become involved and provide an alternate perspective in place of the dismissive, biased narrative popularly offered, as Meech’s cause of death remains unknown.

I’ve become angered when I read or I am told ridiculous claims that what happened to Meech doesn’t occur to people who “follow instructions” and aren’t “problematic” individuals. Or that I don’t have to worry about being abused by the police because I’m “a good guy.” On the contrary, however, as an Afro-Latino, I’ve experienced unjust treatment by rogue police in various US cities. For example, I recall running home as a kid to meet my curfew, and getting apprehended and slammed on the hood of a Buffalo Police squad car for no reason other than being told I “fit the description of a suspect” the officers were seeking. I guess I shouldn’t have been running. If I had responded aggressively, perhaps I would have been defying authority and thus worthy of death. Or if my asthma had caused me to go into cardiac or respiratory arrest, maybe the nonsensical narrative would be the same story presented to the public in the case of Wardel “Meech” Davis.

I also recall another similar instance in the Bronx: While walking to the corner store, NYPD officers decided to stop-and-frisk a group of neighborhood kids. When the officers got out of the car and saw me walking across the street, they asked, “Where are you going? Get back over here,” and subjected me to an unlawful search because I fit their description. One of the officers then chastised me for not carrying identification.

Then there was that crazy evening several years ago on Compton Blvd in Compton, CA. I was riding on the passenger side of a friend’s vehicle. Out of nowhere, a marked LAPD squad car, with its headlights off, swerved towards the right of the vehicle and slowly drove alongside us for at least two blocks. One of the officers continued flickering his flashlight off and on in our faces the entire time as he and his partner laughed hysterically. I became enraged. My friend said, “Please don’t say anything.” I replied, “They don’t scare me!” He repeated, “I’m telling you, they’re crazy. They will kill us. Please don’t say anything.” When we stopped at the red light the officer signaled for me to roll down my window. With a big grin, he asked, “Are you brothers?” My friend and I looked at each other confounded. The officers chuckled again and, luckily, they sped off.

And, how could I forget witnessing plain-clothes LAPD officer Arthur Gamboa shooting 51-year-old Dale Garret in broad daylight in 2011. Supposedly, Garret tried to rob Gamboa during an unauthorized “drug bust” in downtown LA, so the officer stepped back into the street and yelled, “He’s got a knife!” He then shot Garret twice in the back. Immediately, Gamboa handcuffed Garret as he laid face-down on the sidewalk immersed in his own blood. Although it was reported that Garret died at the hospital, he appeared dead before he was placed in the ambulance. Despite the department’s efforts to justify the homicide by portraying Garret as a lifelong criminal, the civilian Police Commission found the method in which Gamboa killed Garret violated the department’s rules on using lethal force. Gamboa, like most officers who violate departmental policy, is still employed by the LAPD.

Through this short documentary film, I hope to spread awareness about Wardel “Meech” Davis’ death, a volatile pattern of police misconduct, and showcase the outrage, frustration, and pain felt by the community and those who knew and loved Meech.

The Justice for Meech project is currently screening as part of a fine arts exhibition at the Czurles-Nelson Gallery at SUNY Buffalo State College.