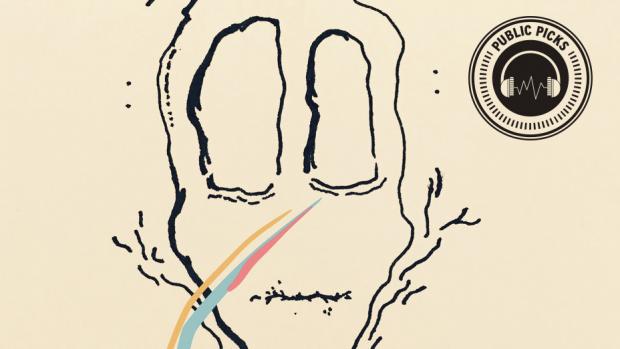 The latest EP from Buffalo-based singer/songwriter Sonny Baker is a five song record titled easier. Written by Baker, the songs were recorded and produced by Chris Groves, who also plays a variety of instruments on the record.

The opening track, “Swollen, You’re Opening,” is an outlier of sorts, with an electronic beat underlying a tidy keyboard line. The most memorable track on the record, it has a hummable, dreamy vocal melody.

“Guilty Heart” sounds like it would be at home next to Radiohead’s “House of Cards” or “Body Snatchers.” Though it’s unclear when Baker wrote the EP, he played several In Rainbows tribute sets last year with his band Lazlo Hollyfeld, which might indicate that the Radiohead album was a heavy influence for this EP. In fact, there’s a small sort of rainbow design jutting out of the face of a warped figure on the cover of the album, drawn by Baker.

The album’s centerpiece, “Lazy” is an appropriately titled meandering guitar and vocal track that’s equally as  comforting as it is depressive. “State + Flawless” is a lyrically personal indie rock track that at moments opens up to a full on jam before pulling back. The final track, titled “(sarcastic feedback),” is a reverberated lo-fi folk song that eases the listener into a safe space for reentry into every day life. easier is available for streaming on bandcamp, and owning for name your price.