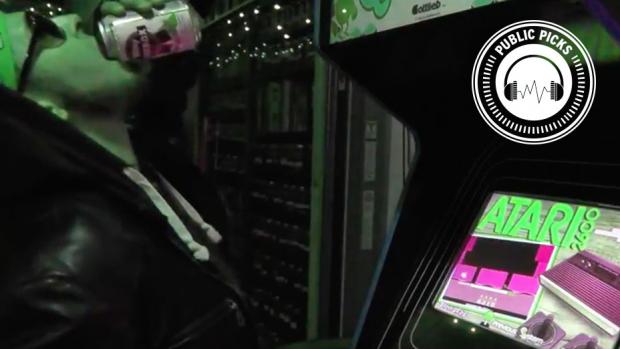 Recommended if you like: The Black Angels, Foxygen, Dr. Dog

The song, with a title referencing cheap beer, is a driving psychedelic rock track with wailing guitar solos and crashing drums. The video features videogame-ized sprites of the  band members, who’ve been sucked into a Q-Bert video game machine and eventually spat out inside of Downtown Buffalo bar, Lockhouse Distillery where the band regroups for a much needed shot of vodka. Catch Witty Tarbox at their EP release show this Saturday, April 28 at Nietzsche’s.