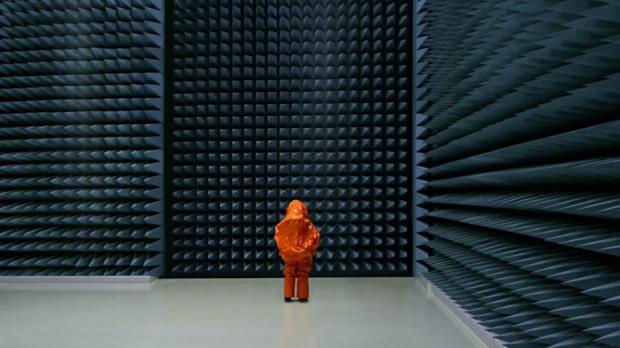 Here’s a question for you: You’ve just bought a used grill at an auction without examining it as carefully as you should have. You get it home and discover a human foot inside it. What do you do?

Were this a category on Family Feud, the top answers would doubtless be “Call the police” and “Get a refund.” The answer “Use it as the basis of a tourist attraction and charge people money to see it” would likely get you a harsh buzz and a big red X. Still, that’s what Shannon Whisnant of North Carolina did when this happened to him. His plan ran into a stumbling block when the owner of the foot contacted him demanding it back.

This actually happened, and is the basis for a documentary called Finders Keepers. It is one of many films that I am looking forward to seeing at Hot Docs, the Toronto documentary festival that opens its 10-day run this Friday.

Finders Keepers is by no means typical of the programming at Hot Docs except in one respect: Nothing at this festival is “typical.” You just never know what you’re going to find here, but the odds are that it will intrigue you, amuse you, outrage you, baffle you, and maybe all of the above.

There once was a time when documentaries were considered bland fare for classrooms and public television. But the enormity of cable television’s appetite for distinctive but inexpensive programming combined with the development of consumer video technology led to an explosion in films that don’t require actors or special effects. And as the number of documentaries and the public interest in them (and market for them) has grown, better filmmakers have got into the game. There are still lots of dull documentaries around, but there are more good ones than ever, and Hot Docs is the festival for launching them.

With hundreds of films presented in a variety of downtown locations—if you’ve ever been to TIFF in the fall, you know the theaters—Hot Docs, North America’s largest documentary festival, covers just about any possible area you might be interested in. The schedule is even indexed by dozens of topics, so if you only want to see, say, movies about “Southern European Cultures & Issues” and “People With Disabilities,” you don’t have to pore through the whole catalogue trying to find them.

There are sober-minded investigations of pressing social and political issues from around the world, following healthcare workers trying to fight polio in Pakistan (Every Last Child), the white supremacist trying to establish a neo-Nazi community in North Dakota (Welcome To Leith), and shepherds struggling to maintain their way of life in the Carpathian Mountains (The Living Fire).

You can learn about the post-Fukushima issues currently affecting the nuclear power plant located 35 miles outside New York City (Indian Point); the history and future of such intended peace-keeping machines as armed drones (Drone) and the TASER gun (the wonderfully titled Tom Swift and His Electric Rifle), or take a broader look into the militarization of American police forces (Peace Officer).

Too heavy? See how top restaurants around the world have started catering to food bloggers (Foodies). Explore the history of the biggest selling genre of modern literature, romance fiction (Love Between the Covers). Enjoy biographies of Nina Simone (What Happened, Miss Simone?), Kurt Cobain (Montage of Heck), or Mavis Staples (Mavis!). Laugh at histories of the National Lampoon (Drunk Stoned Brilliant Dead), Saturday Night Live (Live from New York), or Monty Python (The Meaning of Live).

Looking for something edgier? Follow the trial of a cop facing life in prison for chatting online about his fantasies of cannibalism (Thought Crimes). Grapple with the difficult question of what is to be done with sex offenders after they finish their criminal sentences (Pervert Park). Meet the people who make a living spreading confusion and disinformation about Big Sugar (Sugar Coated). See how government agencies around the world have prepared for the arrival of extraterrestrial visitors (The Visit).

If you’re hardcore, you’ll have a chance to see a live onstage conversation with veteran filmmaker Frederick Wiseman and revisit the oeuvre of Chile’s Patricio Guzmán.

This is all just scratching the surface. If you haven’t seen anything that strikes your fancy (I’ve tried), check out the website at hotdocs.ca. Seniors (60+) and students with ID can take advantage of free daytime screenings (starting before 5pm). There are passes and ticket packages that can be shared with friends to bring the prices down, and the US/Canadian currency exchange rate is the best it’s been in years.