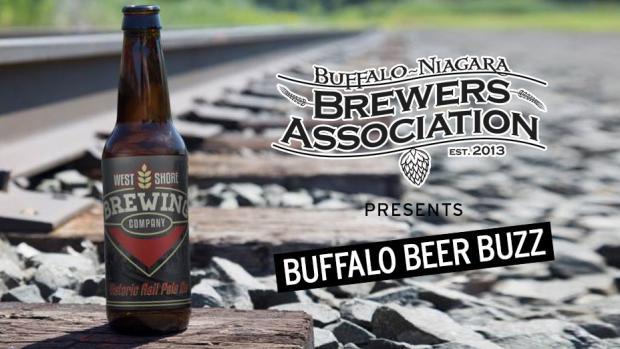 Tickets are on sale now for the third annual Buffalo Brewer’s Festival, summer’s marquee beer fest, which takes place Saturday, June 18, 3-7pm, at the Outer Harbor. The festival will feature more than 40 breweries, including all 20 local breweries, as well as local farmers, chefs, and food trucks. The Brewer’s Festival will also feature a single Meet the Brewers session, pairing five local brewers with cheeses from Vermont Farmstead. In additional to the Meet the Brewer Tent, new this year will be special feature tents including a New York State Cider Tent, a Farm to Pint tent, and an Ontario Beer Tent. Tickets can be purchased right now as BuffaloBrewersFestival.com and BuffaloNiagaraBrewersAssociation.org.

Newcomer West Shore Brewing Company has an agreement in place to operate at 9992 Main St. in Clarence. According to founder Josh Dziomba, they are shooting for a late July/early August soft opening, with the tentative plan to launch with 4-5 offerings, including their Historic Rail Pale Ale, Interlocking IPA (an Imperial), Vanilla Cream Ale, a Pre-Prohibition Ale and a Pilsner, with more beer in the experimental phase currently. “I am very excited and am looking forward to the day when production can start,” Dziomba says. “The West Shore Railroad had a lot to do with the history of Clarence, so now it’s time for West Shore Brewing to arrive.”

On Sunday, May 15, Southern Tier Brewing Company will hold the Fifth Annual Public Day, a beer and music festival on the brewery’s picturesque property in Lakewood, New York. The event is free to the public and includes live music as well as house-smoked BBQ. All in all, 42 beers will be available to sample, including Pumking, Choklat, Mokah, Hop Sun, Harvest, Grand Arbor, many limited edition beers, a special cask offering, and many other seasonal and special releases. Souvenir glasses and sampling tickets will be available for $1 each. Public Day runs 12-4pm.

Flying Bison, Buffalo’s craft beer originals, will celebrate their 16th anniversary with, what else, a massive German-style party on Saturday, April 23 at their Larkvinville brewery. Flying Bison’s full slate of authentic german-style beers, such as Buffalo Lager, Buffalo Kolsch 716, Rusty Chain, Barrel Roll Maibock, and Polonia Pils, will be prominently featured as will a firkin of dry-hopped unfiltered Buffalo Lager. The event is free (though $20 buys you music, food, and two drink tickets, $15 buys you music and food). Auslanders are set to perform 1-3pm and German cuisine (bratwursts, german potato salad, sauerkraut) will be available. Prost!