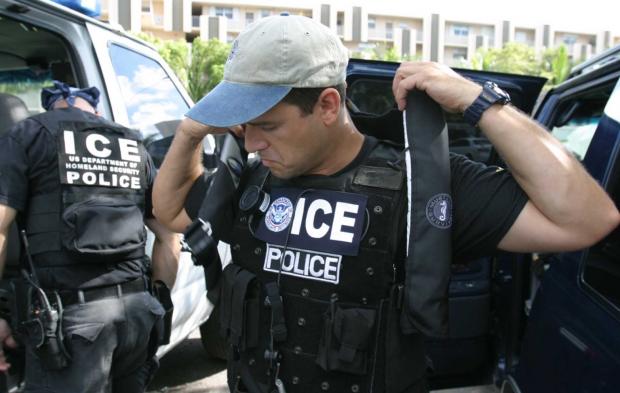 There are two hugely anti-American things going on right now that are getting very little, if any, regular mainstream media attention. The first is the absolutely disgraceful process to restore power to Puerto Rico. The hurricane that knocked the American territory’s power out on September 20th, and as of earlier this week only a fraction of electricity had been restored to the island…before a freak accident knocked it all out again this week.

We complain when NYSEG doesn’t get us a restoration time within a couple of hours — imagine being without power since September. National newscasts should all start with “day 210” like this countdown at the Daily News.  It’s 2018 — there’s no legitimate excuse for this.

The second story has to do with ICE — the Immigration and Customs Enforcement federal police force. Since Trump’s inauguration, there have been myriad stories from throughout the country that are straight up Gestapo or Stasi tactics. Warrantless searches and arbitrary apprehensions. Families torn apart. Parents detained by ICE and sent to detention facilities thousands of miles away, out of nothing more than animus or spite. Children left without parents. We’re talking, for instance, about people with some form of legal status who were abiding by all of ICE’s rules being suddenly apprehended and imprisoned indefinitely pending deportation — the check-ins ultimately providing nothing more than the time and place best to make the arrest, in many cases with kids around. We’re talking about people being thrown out of the country over minor paperwork errors or delays.

Now, we have this story from near Rome, New York, where ICE came onto a farm to rough up and apprehend a Guatemalan farmhand who had legal status. When the owner of the farm confronted ICE about them being on his property without a warrant and tried to take cellphone video, they knocked the phone to the floor and handcuffed the farmer.

Deeply troubled by this report from Rome, NY. ICE officers should not be allowed to raid private property without a warrant. There must be an immediate investigation into what happened here. https://t.co/0eBEDAUQV8