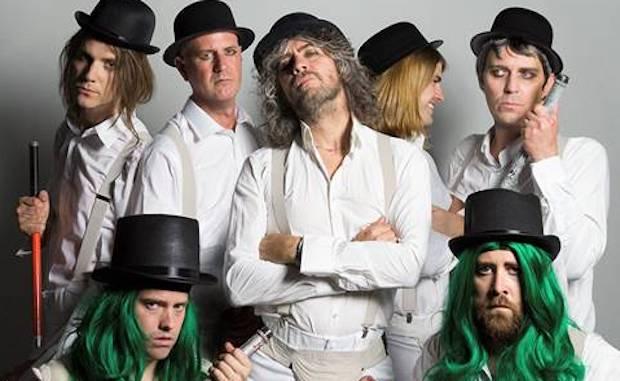 The Rapids Theatre has just announced a big fall booking. The Flaming Lips and Mac Demarco are scheduled to play the Niagara Falls venue on Wednesday, September 20.

Both acts have come through Buffalo before, but not for some years. Oklahoma City-based psychedelic rock band The Flaming Lips have recently released their 14th studio record, Oczy Mlody, a twisted though more pop sensible follow up to the even darker The Terror. Oczy Mlody comes after a few years of uncertainty faced by the band, after the controversial firing of long time drummer Kliph Scurlock and an ill advised series of collaborations with Miley Cyrus—which included a stint as her backing band. Oczy Mlody is being hailed as a return to form of sorts for the larger than life psychedelic rock band.

Meanwhile, Mac Demarco has gone from underground club hit to must see touring act with a series of eccentric, psychedlic lo-fi garage rock records including his 2014 break out album, Salad Days, and mini-LP follow up Another One. He’s slated to release a new full length record, This Old Dog, in May.

Tickets for The Flaming Lips with Mac Demarco go on sale Friday, April 21 at 10am and are available at The Rapids Theatre box office, www.ticketfly.com, and charge by phone 877-435-9849.