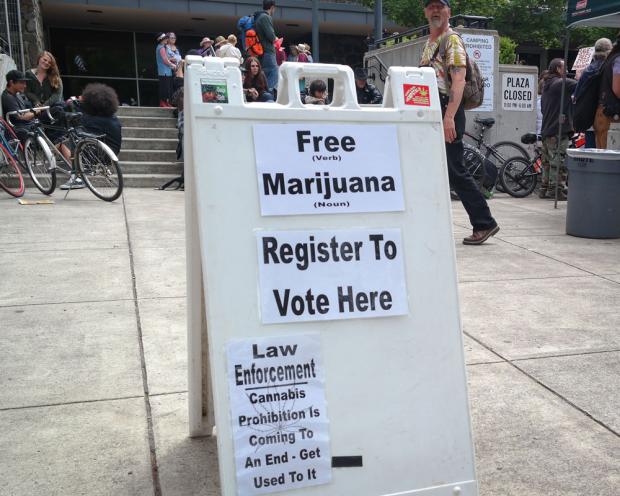 The following is a letter to the editor from “Zaney,” representing the Buffalo Marijuana Movement, a group that has proposed a three-pronged (legal, economic, and medicinal) reform bill to Common Council called the “Buffalo Marijuana Act”:

We believe that these arrests are disproportionately targeting communities of color and disadvantages a segment of the population which already faces oppression. Police resources could be better spent on crimes that actually harm communities such as murder, rape, and robbery.

The proposed “Buffalo Lowest Police Priority Act” would decriminalize marijuana under 35 grams, up from 25 grams per NYS PL 221.10. The City of Buffalo would save money from the cost of jailing someone for a low level possession of marijuana. The city could use this money for a number of things, including fully funding public schools. Communities would flourish when users are only subject to citations and fines just like alcohol. Those who are cited wouldn’t be penalized or face not getting student loans, house mortgage, or hurt their career options.

The United States imported over $30 million of hemp in 2013, mainly from China. Hemp was an original crop grown in the United States and has over 20,000 known industrial uses. If hemp were to be grown here, this would definitely help create jobs, both agriculturally and industrially. Buffalo is the 3rd poorest city in the United States, so if hemp were allowed to be grown here could it be a catalyst for the city’s rebirth? Hemp can be converted into a bio diesel, and actually yields better than corn. In fact, hemp seed can be converted into a bio diesel gasoline that has been shown to perform better than most forms of diesel fuel in colder temperatures. The City of Buffalo banned fracking, why not use hemp bio diesel as an alternative? Support the Buffalo Industrial Hemp Act.

The Compassionate Care Act is not enough for Western New York. In Buffalo we have renowned cancer research center that should be allowed to do the appropriate research. Anybody suffering from any ailments should be allowed to have access to cannabis if a licensed and regulated doctor sees fit. Support the Buffalo Medical Marijuana Act. Why is cannabis a Schedule 2 substance, if the federal government has a patent on a cannabinoid?

We need everyone to contact their Common Council Member and tell them to vote yes on the Buffalo Marijuana Act which encases the 3 chapters: Lowest Police Priority, Industrial Hemp, and Medical Marijuana.

Then come on out to the Legalize Cannabis Rally on April 20 at 3:00 outside City Hall in Niagara Square.

* DCJS — “Arrests for marijuana possession-5th degree (PL 221.10) by race/ethnicity reported in Buffalo since 1977, and by month in 2014.” Office of Justice Research and Performance.