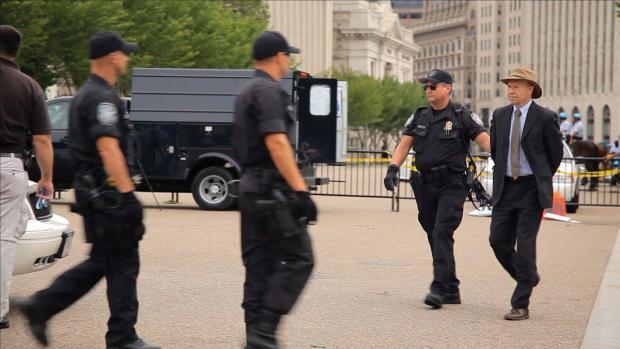 Among the selection of dubious and disturbing spin and scam agents of deeply entrenched economic and political interests in Robert Kenner’s new documentary Merchants of Doubt, the most repellent may be Marc Marano, a communications specialist in the office of Oklahoma Republican Senator James Inhofe. Inhofe, chair of the Senate’s environment committee, is one of those ardent climate-change deniers (“Global warming is a myth”), and Marano isn’t just one of his communications (read, propaganda) aides. He’s obviously an attack flack and distortionist and, by his own testimony, a happily engaged one. “It’s a new media, a new world,” he says, and scientific arguments are just “so boring.” But personal insinuations and offensives—not so much.

One of Marano’s “new media” tricks was to round up online assaults and threats against scientists who appear on media programs to warn about the danger of climate change, and then to electronically distribute them much more widely. Just sharing, of course. As Marano says, you gotta have “fun.”

Marano is really the least of it. Kenner’s documentary begins its depiction of the highly organized, well-funded public deception and endangerment back in the 1950s, when the tobacco industry hired master PR movers Hill & Knowlton to strategize and guide efforts to obscure and deflect accumulating evidence of the dangers posed by the industry’s products. The recommended response? “Cast doubt.” That is, don’t try to refute directly, or defeat. Say, instead, that the risks are “unproven,” there are two sides to the question, experts disagree.

It’s the same basic strategy of deception and obfuscation that’s shaped corporate America’s response to climate-change arguments. Kenner documents the drift in right-wing politicians’ positions when they’ve been questioned about the subject. A few years ago, a number of prominent ones—even Newt Gingrich!—acknowledged the existence of an impending climate crisis. But over time, this answer became “I don’t know.”

Kenner and Skeptic magazine editor Michael Shermer illumine the ideological dynamics behind this subversion of reality. Behind much of the calculated confusion are the usual conspirators, such as the petroleum industry’s Koch brothers and their Americans for Prosperity. But less obvious advancers of misunderstanding are at work, like two atomic weapons physicists trotted out by the right, men whose ideological thrust is really a severe anti-governmental bias, one which scarcely concedes the need for climate remediation from the public sector.

Some of the shenanigans and skullduggery the corporations and their political operatives come up with defy more than scientific opinion and national reality. One widely distributed statement calling climate change into question was supposedly signed by more than 30,000 experts and scientists, almost all of whom weren’t. Among the names: Charles Darwin.