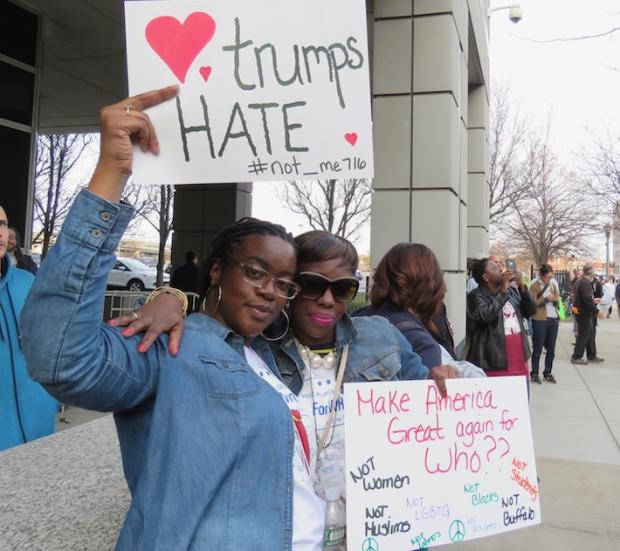 To borrow a phrase, this is just disgraceful.

If you believe that Trump and his extraordinary sycophants are going to make any place great, with the false claims, racist broadsides, misogynistic pussy grabs, and fraudulent covenants you probably should abandon reading the rest of the essay.

The rhetorical speechifying about bringing “greatness” to America today is hyperbolic obfuscation on a grand candelabraed piano.  The intellectual poverty of that sloganeering by our Trump leaning elected class is surpassed by the reality that our road to greatness is blocked by greed, insecurity, and the massive transfer of wealth to the .1% percent of people in the world that control 99% of the wealth.  In it’s annual report on disparity issed this past January at the World Economic Forum in Davos, Switzerland, Oxfam revealed that of all of the weath generted globally in 2017,  82 percent ended up in the pockets of the richest 1%.  3.7 billion people that make up the poorest half of the world got nothing.   Most specifically, the Oxfam report refers to a November 2017 Credit Suisse Global Wealth Report that reveals that “just 42 people own the same wealth as the poorest half of humanity.” Winnie Byanyima, Oxfam’s executive director said that “this reveals how our economies ar rewarding wealth rather than the hard work of billions of people.”

This ecomonic system is a criminal conspiracy on a massive scale. And it effects our regional and local economic conditions, especially and certainly our long tyranny of poverty.

A new local report by the Truth Commission on Poverty in Western New York, and published by the Partnership for the Public Good (PPG), reveals the sordid details of poverty, disparity, and economic and social injustice in Buffalo.  By creating and publishing this report, PPG is helping to light a pathway to a better future.

The report marks a formative moment in Buffalo’s history.  It challenges us all to do better. It reveals with statistics and documented testimonials that Buffalo is not doing well. Disparity and injustice prevail here. It clearly reveals that we may not be heading in the right direction to solve our economic conditions.

This kind of economic disparity and profound injustice occurs around the world.  We still have to deal with the .1% controlling world wealth.  It is good to have a local uplifting of these issues. Thanks for the focus PPG!

Here are some findings in this report:

-A third of Buffalo’s residents continue to live in poverty. Jobs and livable wages are scarce. Over half of the city’s residents cannot afford the rent. The problem is defined by where you live and what race you are.

-⅓ of our regions jobs are service sector jobs that pay less than $26,000 per year including food service, retail, and personal care.  Many of these jobs are disappearing.

-The report reveals that low wage earners are subject to “wage-theft” by ignorant or willful employers that buy into the “me-first” attitude that helps to characterize much of our culture.

How Do We Change This?

“those that control the wealth deserve to control it because they are somehow harder working, more intelligent and more capable of making important decisions.”

That would be a lie. The Oxfam report discussed at the beginning of this essay, says that “wealth benefits the wealthy” and is not so beneficial those other billions that work hard but are poor.

The fact is that these deplorables are the elite entitled, trying to hold on to government subsidized entitlements. Wealth is controlled by those that have stolen it. It may be inherited wealth or it may be modern oligarchs that have corrupted and ravished the world by stealing and laundering public money,  whilst on a quest for power, authority, and control.  As we are discovering, our culture is saturated by murky and often impenetrable group-think, propelled by an organized  crime mentality. Criminals are stealing from you and I. They are stealing our future. This is the heart of  how we function as a global and local society. Sad.

All roads to sustainable, affirmative, and future regenerative opportunities go through a productive economy.  If we want this, we have to fight injustice, inequality, and the despair of being left out. And we can. Knowledge is power.

Our current economic system is founded and exercised on a two basic political principles.

These two backbone principles uplift death match competition. The results include instability and suffering throughout this world. The victims show up in the disparity reports.

If you as an individual, or as part of a cabal, confederation, or company, accomplish the goals established by the two principles, you will be defined as a winner.

There is not a preferred winner principle designed for making communities strong or for boosting ethical standards as a backbone of our for profit-based political system.

If you do not fight, kick, and claw your way to the top by any means necessary, do not eliminate, minimize, or marginalize your competition, do not make a killing-you are something other than a winner. Nuanced sensitivities and investments such as ethics, responsibility, compassion, and visions for a greater good are left in the dust.

These two principle economic standards are political constructs that often bring us into conflict with nature, and into conflict with each other.  It is sweet to think that the basic tenet of our economic model is to take care of each others needs.  But, just like nature, just like cultural stability, peace, and happiness, the sweetness of caring that comes from our economic institution is nothing more than an externality.

Now as we enter into what could be our final stand as humans, we have to adapt. This means change.  Radical change. We can help characterize our own evolution. If we do not change, we may all be left to become the swinging strange fruit that we had hoped was part of our not so great past.

Winners and losers. This is the ages old history of civilization.

For more on EXTERNALITIES, see todays GreenWatch Sunday Television, below.

Obviously poverty is the driver of failure. The disparity in our community is our fault.  No one escapes from this reality.  I am not saying that we don’t have winners and losers. Disparity counts. We need to change this.  And I am saying resistance is not futile.

PPG promotes wide ranging programs involving citizen participation and engagement. Under the leadership of Sam Magavern, PPG makes this a backbone of its approach to bringing change and creating a better community.  We all can contribute in various ways, but the real bottom line is designing and investing in a political and economic system that everyone can participate in and benefit.  Thinking about that effort in an organized way is a big change in America in 2018.  It is reminiscent of other changes and great ideas that came from Buffalo and Western New York in our storied past. The Women’s Rights Movement and the Niagara Movement had deep intellectual and political roots here. They both profoundly changed America and the world.

Keeping communities strong starts with keeping money local. this accomplished a number of things. It enriches the community and it creates responsible businesses that care for the local communities strength, character, and beauty. Localism promotes ethics, responsibility, compassion, and investments for a greater good.

Strong localities make for a strong region. If we think like a localized region in a globalized world we will find a strategy to build our local economy and become  profoundly better partners and stewards.

Thanks to PPG for releasing the poverty report and pushing discussions that will help to define our future.  Perhaps a next step involves revisiting the campaign for a local economy. If this happens, count me in and count in a whole lot of citizens that will.

Why Buy Local? An Assessment of the Economic Advantages of Shopping at Locally Owned Businesses/ Michigan State University Center for Community and Economic Development

Why buy Local, Keep Your Money Where Your heart Is/Sustainable Connections

Oh Yes we are