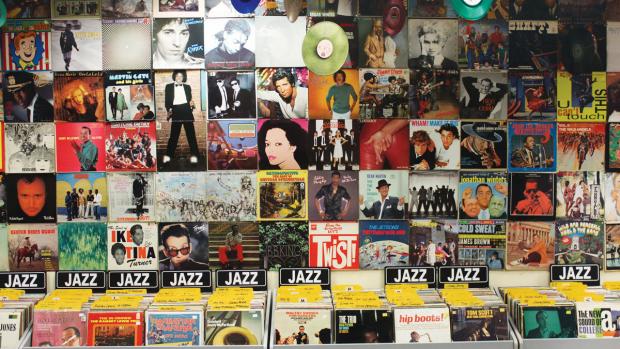 A 2014 Billboard magazine headline read “Vinyl Sales Hit Historic High in 2014.” Take that in for a moment. More vinyl records were sold last year than in any year since 1991, the year Nielsen began tracking vinyl record sales. Of course, the golden age of vinyl records had ended by 1991, but could a new renaissance be blossoming, and could the now annual music buying holiday, Record Store Day, have something to do with it? Last year, 57 percent of all record sales happened at independent stores, which means a lot of locally owned businesses across the country sold a lot of merchandise in a market that was once considered dead. Acts like Jack White and Daft Punk were among the highest sellers of physical records in 2014. One of the biggest record outlets in the City of Buffalo, Record Theatre, reported that their Record Store Day sales last year were better than their Christmas sales. This year there are more than 1,200 stores nationwide participating in Record Store Day—four in Buffalo.

With the eight annual celebration of Record Store Day coming up this Saturday, April 18, we talked to some of the record experts at Record Theatre, Spiral Scratch, and Black Dots, who picked their favorite Record Day Store Exclusive releases. The Public even got in on the fun and picked some of our most anticipated records as well.

“This is John  Dwyer from Thee Oh Sees’ first band. They sound like if you took Thee Oh Sees and threw them in a blender: It’s noisier and way more thrashy.”

“First of all it’s Marvin Gaye: legend of Motown, soul eccentricity right there. [“How Sweet It Is”] is one of the sweetest love songs ever made. The B-side is a duet with Mary Wells, and she was a pioneering female voice in Motown. This is just a perfect record.”

“This label called Superior Viaduct, I’ve never heard of this label, but they’re doing a bunch of reissues of old West Coast hardcore records. There is a Germs 7” and a Flipper reissue. These records are like $400 or $500 records because they are super rare. If you’re a completeist fan of these bands, you’re going to want these records.”

“I feel like Record Store Day is a good excuse for a lot of labels to reissue some of the stuff that hasn’t been out in a long time. Victory Records is repressing Warzone’s Fight For Justice. It’s not my favorite Warzone record, but Warzone is one of my favorite New York Hardcore bands. Also, Path of Resistance’s Who Dares Wins. I’m from Syracuse and that’s like an old, post Earth Crisis hardcore band from Syracuse.”

“This is one Johnny Thunders’ best live records. He’s known for really blowin’ it live. It’s Johnny Thunders, Walter Lure, and Billy Rath live in 1978. That was pretty early on, right after [Johnny Thunders and the Heartbreakers’] big album, L.A.M.F.”

Onehtrix Point Never, aka Daniel Lopatin, makes some of the most vexing, yet strangely gratifying music I’ve ever heard. On Commissions II (he released the first edition last record store day) he took some obscure contemporary Japanese video game music, made by composer Manabu Namiki, reimagined it as the score for the anime film Magnetic Rose (directed by Koji Morimoto), and composed and recorded live in Tokyo last November. You probably don’t have to know anything about Japanese video game music or anime movies (I sure don’t) to enjoy these surreal, warped sound environments, which Red Bull Music Academy commissioned (thus the record’s title).

One of the most celebrated hip hop producers of all time, J Dilla, even after his death, seems like a never-ending source of heady productions. Dilla’s classic “Fuck The Police,” which is by all accounts one of his masterpieces, will be rereleased for the first time in a decade on Record Store Day on a double sided 7” picture disc in the shape of a police badge. Side A is the original version of the track, while side B features the instrumental version.

Many fans of the French space rock band Air, were introduced to them through their soundtrack to the 2000 Sofia Coppola directed film The Virgin Suicides.  This record is still considered one of Air’s greatest achievements and two of the record’s best cuts, “Playground Love” and “High School Lover” (the theme song to the film), will be rereleased on Record Store day on limited edition orange 7” vinyl.