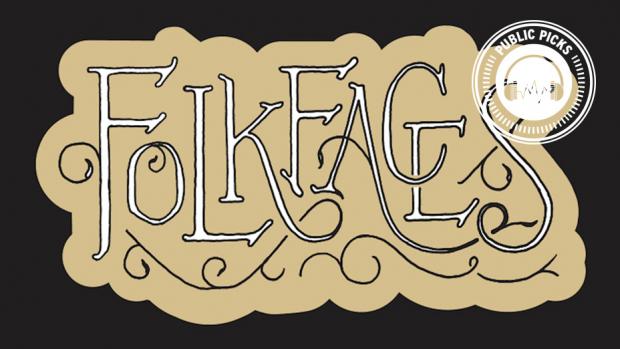 The new record from Buffalo-based Americana bluegrass band Folkfaces is titled How Long? (perhaps a reference to how long it took them to record this album. Answer: Long.). The record was recorded over a period of time at Mammoth Recording Studio by Joe Orlando—a long enough period of time that the band actually went through some line up changes in the process. What wasn’t recorded at Mammoth was recorded at the band’s home studio.

The result is nine track record full of uptempo bluegrass music flourished with banjo twang, fierce fiddling, and hard strumming guitars. Album opener, “Arrows We Break,” written by frontman Tyler Westcott is a ruckus rock-along bluegrass tune featuring a sax solo by resident sax player Ellen Pieroni. Other highlights include “Cupboards,” a more subdued tune featuring fiddle playing by Gabe Schilffer that features some good old story telling; the more political, though no less catchy “Institution Blues,” written by Dan Bordozik; and album closer “We’re on the Move Now,” which would be equally enjoyable heard on a country porch or at a Bills tailgate.