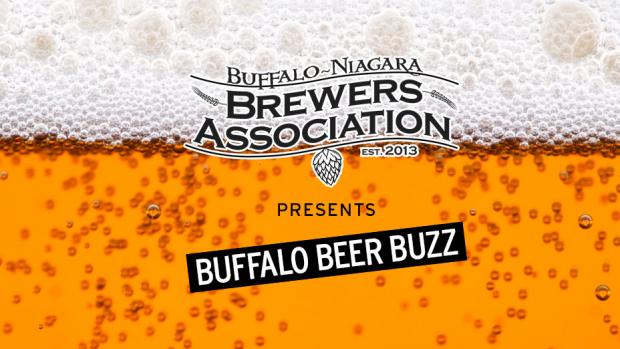 It may be hard to wrap your head around the fact that Community Beer Works is turning four, but it won’t hard to wrap your hands around a cold pint at their fourth anniversary party. The party will debut Singularity Newport IPA and will also feature, among many other beers, a firkin of Interrobbang IPA, 2015 Barrel Aged The Snow, 2015 Heatrays, 2015 Intolerance Milk Stout with chipotle chilies, and Dx3 gratzer. The traditional gifts for a fourth anniversary are linen or silk—not that gifts are necessary to drink beer, but still. Community Beer Works, 15 Lafayette Ave in Buffalo.  Saturday, April 16, 12-8pm,

Resurgence Brewing is looking to add a new beer to your summer drinking lineup—cucumber saison, which would be perfect for front porch imbibing if the warmer weather were to ever remember Buffalo’s existence. “Fresh, bright cucumber flavors mix well with lemongrass and dill pickle notes you get from sorachi ace hops,” said head brewer Dave Collins. This local-focused saison uses an all-New York grain bill courtesy of New York Craft Malt as well as a healthy dose of fresh cucumbers. Expect all the farmhouse funk you love in your favorite saisons augmented by fresh, grassy, green garden flavors.

Big Ditch Brewing & Toutant Buffalo have teamed up to brew a new Czech-style pilsner in celebration of their collective one-year anniversaries. The new (approximately) 4.8% ABV pilot batch beer was brewing using all noble hops and lager yeast, giving it ‘a nice crackery malt bite and a floral and spicy hop character,’ according to Big Ditch’s Matt Kahn. The beer will be available at Big Ditch/Toutant’s 1st Anniversary Party, which takes place May 17 at Big Ditch. Though the new pilsner was brewed exclusive for the party, Kahn plans to squeeze it into their regular production schedule for both Ellicott Street venues.