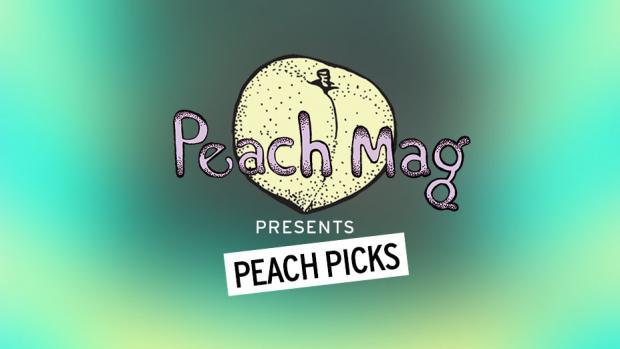 Running Upon the Wires

Westminster-born poet Kate Tempest reveals an unseen piece of herself in her most recent poetry collection, Running Upon the Wires. Named a Next Generation Poet by the Poetry Book Society and the youngest ever recipient of the Ted Hughes Award, Tempest has made it very clear that she knows her way around the language of poetry. Previous work, like Hold Your Own (2014), exhibits her ability to be vulnerable with her readers, but Running Upon the Wires is an entirely new category of honest. Invoking her style as a recording artist and spoken word performer, many of the pieces within the collection follow a lyrical pattern, creating a melodic rise and fall within each line. Tempest’s work draws you in from the first line—“Even the rain was quiet”—and creates a feeling of trust between writer and reader in which anything can be shared. A poem that sticks out to me is “Aftershowparty,” which touches on Tempest’s music career and the complications that arise when sex, emotions, drinking, and performing are mixed. She ends the poem with a vulnerable plea: “Please find me here beside the stage, take me by the floating hands, lead me to a private place and fuck my heavy brains out.” Unafraid to draw attention to herself, Running Upon the Wires packs a brutally unguarded look into Tempest’s purest human emotions, making it, in my opinion, her most powerful collection to date.

Nico Walker’s debut novel Cherry is an intensely romantic first-person account broadcast from the new American gutter. Walker’s unnamed narrator is a sincere burnout of a human, instantly failing at anything he puts his hands to, whether it’s school, work, or romance. From the outset, we know this story will devolve into crime and addiction, but there is a gruff sweetness in Walker’s prose that effortlessly cuts through the narrator’s tough guy routine, and makes his entire descent feel heartbreakingly relatable: “There are countless women in the world. At times it’s more than I can bare to think about: that there should be so many and they all start out the way they do, with all their brightness and their own invisible worlds and secret languages and what else they have, and that we ruin everything. And I have been mangled by vicious killers in my time, but I haven’t ever doubted it was only that someone had killed them first. Someone like me.” The book can be read as loosely autobiographical; like his narrator, Walker is an Iraq war veteran, and wrote the novel while serving an 11-year prison sentence for armed robbery. There is no real redemption to be found in the pages of Cherry, not in the usual sense. However, there is a bright and honest new voice making a plea for humanity beyond horror, and that’s truly something to be heard.

I Could Live Without Speaking

It is always a joy to discover the influences behind my favorite writers and artists, which is why it was so exciting when Chelsea Hodson announced that her newest project, I Could Live Without Speaking, would be an homage to Edouard Levé, a French writer who committed suicide in 2007 (10 days after handing in the manuscript for his novel, Suicide) and the writer featured in the epigraph of her debut collection of essays, Tonight I’m Someone Else. Hodson’s I Could Live Without Speaking, installed in four parts online at Hazlitt Magazine, is written after Levé’s Autoportrait, a work of creative nonfiction in a string of declarative sentences. In the introduction, Hodson explains that she’s used each sentence as a prompt, with “at least one (but usually three or four) words from each of Levé’s sentences” and following “the order and number of sentences exactly.” The order, however, has no order; the project pushes back against the traditional inevitability of narrative memoir writing. “My left eyebrow is superior to my right,” she writes, “I lower my voice when I’m flirting. I don’t need breakfast.” Although we’re disoriented and without conventional momentum, there is a quality in Hodson’s measured, precise, and dispassionate observations that nonetheless carries the reader along. Each sentence, in prose that is trimmed of all excess and nostalgic without any need for sentimentality, is its own complete autoportrait—and, freed from both context and expansion, the taut sentences call up the reader’s own memories and self-observations. In I Could Live Without Speaking, Hodson accomplishes a stunning self-portrait by occupying another writer’s style. Remarkably—unforgettably—the reader occupies Hodson’s individual lines, too, each one like a perfect piece of colored glass in a mosaic, sometimes reflecting Hodson’s face, sometimes reflecting ours.