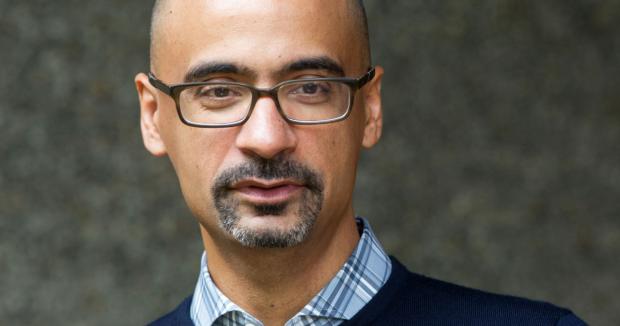 The celebrated novelist Junot Diaz opened up with week with a searingly personal piece in the New Yorker, detailing the sexual violence he survived as a boy. He opens up about the many years he spent running from the truth, filling the void with depression, alcohol, drugs, and self-serving sexual relationships, even as his career advanced, until he hit rock bottom with a suicide attempt. We hope the trend of people in high places sharing stories like these continues. Each one pierces another hole in the veil of silence around human trauma. We can’t wait for Diaz’s appearance on April 20 at Kleinhan’s for Babel.

Owen Parker: Owen’s father, Christopher Parker, a.k.a. “the Bulldog,” has hosted sports talk on Buffalo airwaves for over 20 years, sharing his takes as an everyman sports fan and as a Buffalonian with two sons. One of his sons, whom Parker has taken to calling “Giant Goalie Son,” was drafted by Sault Ste. Marie of the Ontario Hockey League to play junior hockey. We don’t know Parker, but he’s the kind of media personality who’s relatable because of how openly he shares his life on the air. It was a cool moment to experience vicariously for many listeners. Best of luck to the 16-year-old, six-foot-five Owen.

The goddamned temperature outside: Here’s hoping.

Chris Collins: The 27th District Congressman refused to take part in a forum on gun violence in schools, but instead sat down with WGRZ for an extended interview. We were reminded again why Collins and his staff are so reluctant to put Collins in front of the public. He compared his opponent Nate McMurray’s knowledge of gun legislation to that of an Uber driver. Shout out to all the Uber drivers in Collins’s district who we feel would do a better job with customer service and government representation than their congressman.

Housing in Buffalo: A Buffalo News analysis found that the city’s federally funded Buffalo Urban Renewal Agency program spent a total of $4.3 million to fix up 10 homes, which were then sold for a fraction of the rehab costs. In a city which faces a housing crisis of rising rents, lead contamination, and the demolition by neglect of public housing (see the Perry and A.D. Price compelxes), $4.3 million could have been spent in far wiser ways than the stabilization of 10 homes at a significant loss.

Erik Bohen, the Democrat who is running as a Republican for Assembly against endorsed Democrat Patrick Burke to fill the Assembly seat vacated by Erie County Clerk Mickey Kearns. Bohen describes himself as a lifelong Democrat and a friend of organized labor—he’s a member of the Buffalo Teachers Federation, and his father is an officer in Ironworkers Local #6—but a campaign mailer went out on his behalf last week that had no union bug on it: That is, it was produced by a non-union print shop. That’s a bad look in the 142nd Assembly District, which is home to a lot of Democrats and union members. It’s not really Bohen’s doing: The mailer appears to have been paid for and posted by the New York Republican State Committee, which does not feel the same compulsion as Democratic organizations to patronize union labor. And, in this same week, one of Bohen’s high-profile champions, developer Carl Paladino, released by email and social media an attack on a pro-labor proposal in the Erie County Legislature to expand the requirement that contractors on county-funded projects support apprenticeship programs. (Paladino called the proposed law “a sick breach of responsibility.” Burke, an Erie County legislator, is a champion of the proposal.) You shall be known by the company you keep.