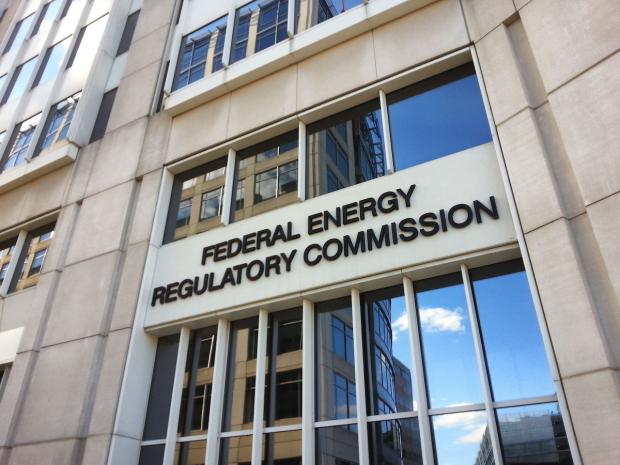 The Federal Energy Regulatory Commission, or FERC, is the main regulatory agency that oversees the interstate transmission of natural gas, oil, and electricity. Made up of five commissioners and a staff of lawyers and other officials, FERC holds significant power over the approval and regulation of, among other things, proposed oil and gas pipelines that cross state lines or that will transmit fossil fuels from out of state. FERC has also been a regular stopping point in the revolving door between the fossil fuel industry and the regulatory apparatus that overseas that industry. This trend continues, now, with the appointment of a top FERC attorney to McGuireWoods, a major lobbying firm.

John P. Perkins III has been a top litigator at FERC since 2013. According to McGuireWoods, he was a “lead trial lawyer and acting branch chief in FERC’s Office of Administrative Litigation in Washington” and “directed a team of lawyers and support staff in rate proceedings for electric transmission projects, natural gas pipelines and oil pipelines, led settlement negotiations and litigated administrative hearings.”

In other words, Perkins has close ties to and experience with FERC’s inner-workings around utilities and oil and gas projects. Indeed, he even served on FERC’s Oil and Liquid Committee and authored its 2014 legal handbook on market-based rates for oil pipelines.

In joining McGuireWoods, Perkins will be teaming up with a lobbying giant that has been lauded by the energy industry for its effective advocacy. The firm’s clients from 2017 included such fossil fuel industry powerhouses as the American Petroleum Institute, Dominion, Exelon, ExxonMobil, Murray Energy, and Southern Company.

One of McGuireWoods’s partners is Richard Cullen, who is the brother-in-law of Dominion Energy’s powerful CEO, Tom Farrell. Cullen is also the former Attorney General of Virginia and US Attorney for the Eastern District of Virginia.

At McGuireWoods, Perkins will represent the firm’s energy clients in FERC rate cases and “[support] the firm’s transactional lawyers on federal regulatory matters related to mergers and acquisitions,” according to the firm.

Perkins’s flight from FERC to the fossil fuel industry—to litigate and lobby for the corporate entities he used to regulate while he personally profits from the ties and experience he developed as a public servant—is not unusual. A few other recent examples of FERC’s revolving door include:

See Perkins’s and other FERC officials revolving door ties below in our slideshow map (or go see the map at LittleSis.org).