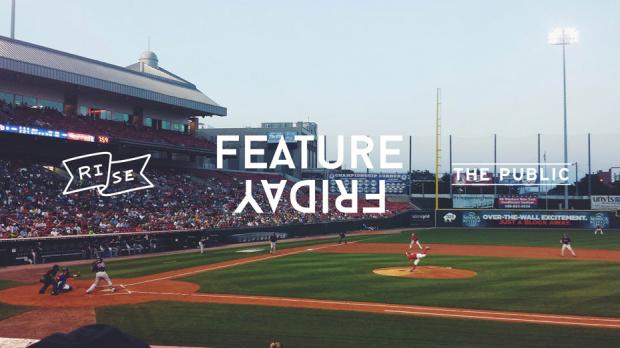 Each week Buffalo lifestyle brand Rise Collaborative scour Instagram for their favorite locally sourced images. Each Friday we at The Public will feature a few of their favorites, along with a little bit of info from the photographers themselves. We’re calling it Feature Friday, and here it is.

“I went to college near a small fishing village by the Arabian Sea in Southern India. Monsoon was a season where that part of the country received relentless rain for 4 months in the year. It was only towards the end of the monsoons that fishing boats returned to sea. The image captures one such evening as Boats returned home with the day’s catch.”

“Spring Recess trip to visit as many state and national parks in Utah as possible in one week. Photo was taken in Arches National Park which boasts the largest collection of natural sandstone arches in the world. This particular arch is called the North Window.”

“Soooo… Story behind the photo is, I woke up Friday morning to make some coffee, looked outside and noticed the deep fog. Instantly I was excited, there’s something mysterious, almost eerie, about capturing photos in the fog, and it doesn’t last long so I had to act quickly. I grabbed the dog and headed out to the outer harbor and wandered aimlessly. That’s where this photo was taken. All in all, totally worth it! Photo was taken with my iPhone 6.”

“This was taken at an abandoned psychiatric hospital just outside of New York City. That was one of the hallways which was part of the children’s wing. I’ve seen plenty of photos of it over the years from friends and other photographers I follow online. A friend of mine took me there a couple of weekends ago to finally see it in person.”

And the walls became the world all around.

Click here to see the top eight photos around and connected to Buffalo, as well as a weekly playlists provided by various local artists, small business owners, movers, makers and doers, on Rise Collaborative’s blog.