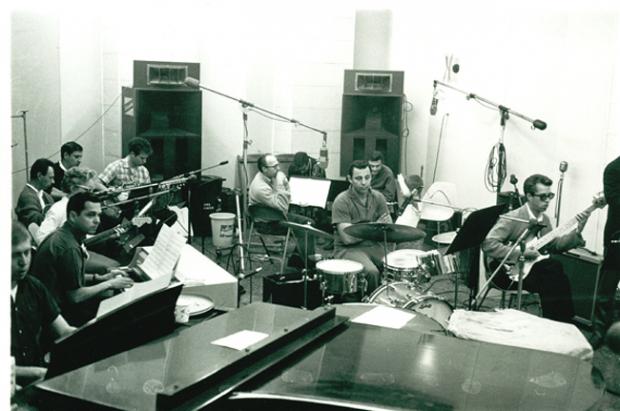 A reprint of my 2013 interview with Denny Tedesco, director of the music documentary The Wrecking Crew, which will be shown tonight at the North Park theater. After years of clearing the music rights, the film will appear on DVD and Blu-ray this June in a two-disk edition, presumably using more of the numerous interviews Tedesco filmed over the years. It has been a work in progress, so if you saw it during any of its previous Buffalo screenings the new version is likely to have added footage.

I don’t care how many Grateful Dead shows you saw over the years, or how many Jimi Hendrix outtakes you’ve downloaded, or how many Led Zeppelin bootlegs you have. Unless you’ve spent your life listening to those in a cave, the guitarist whose work you have probably heard the most is Tommy Tedesco.

Though most of the 1960s and 1970s, the Niagara Falls native was a Los Angeles session guitarist, part of a loose-knit group of about 20 musicians nicknamed the Wrecking Crew that played on an astonishing amount of the music we associate with that era.

Initially cohering as the studio band that produced Phil Spector’s famous “Wall of Sound,” the Wrecking Crew played on hits by artists from Frank Sinatra to the Monkees, from the Byrds to the Chipmunks, from Simon and Garfunkel to Sonny and Cher. They’re the band on many of the Beach Boys’ albums—and yes, that includes “Pet Sounds”.

They also did film scores, commercials and TV themes. The twanging theme on TV’s “Bonanza” was Tedesco. They were valued by producers who had limited amounts of studio time and minimal resources, before the development of multitrack recording systems, when you either did it right or did it again.

Not bad for a guy who, according to his son Denny, was called the worst student he ever had by his guitar teacher in Niagara Falls.

Denny Tedesco has spent 15 years putting together a documentary about the Wrecking Crew, and the result is a DVD that is an absolute must own for fan of popular music of the 1960s and 1970s. Or would be, if you could purchase it. Although it has been complete since 2008, The Wrecking Crew remains unreleased, and it will not be released until Tedesco raises the money necessary to license the 130 songs heard in the film. 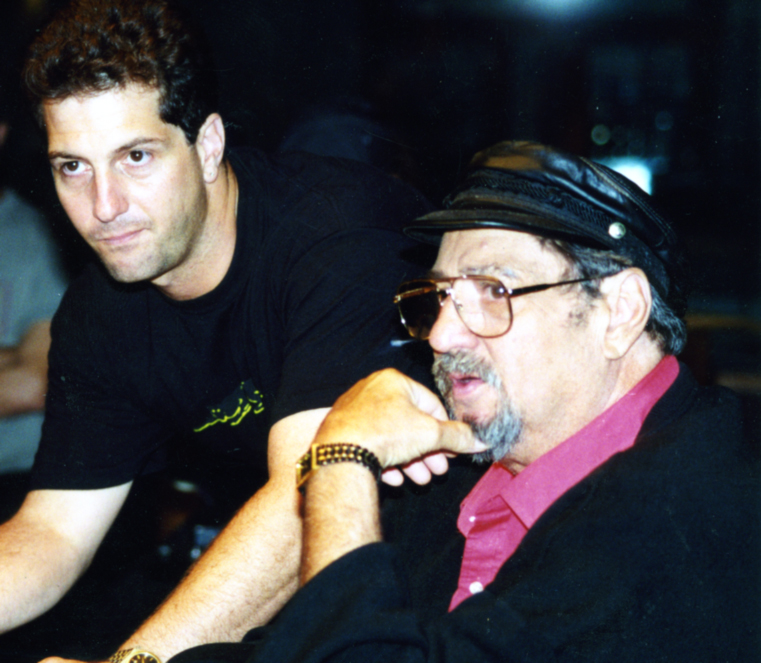 “People would always suggest we do this film with fewer songs,” he says by phone from California, “but you can’t tell this story without giving an idea of the scope. Legally I could probably license it to PBS or VH1, but there’s no point without a DVD to sell.” Although he’s had some success negotiating the costs down, the sheer number of rights holders remains a problem. And he is determined to do everything on the up and up, knowing that paying the costs means getting money into the pockets of the guys whose stories are told here.

Leon Russell, for instance, whom he finally persuaded to appear on film after years of trying, told him that he used to amuse himself during breaks on sessions writing complicated parts just to see if Tommy could play them. And he usually could: Tedecso could read music so fluently that he could literally play a score upside down.

“It was his determination to work eight hours a day,” Denny says, “even though it was a lucky break that got him into the music business. You could be the greatest reader in the world, but you still had to make music out of it. Whatever job he had, he said, ‘I’m there to please the leader. If the guy’s not smiling when I’m playing, we’re going to be there a long long time.’”

Though Denny, who has worked in the film business since the early 1980s (when he was a set decorator on the cult classic Eating Raoul), had long wanted to document his father’s life, it wasn’t until Tommy was diagnosed with cancer in 1996 that he decided to do so. He sat his father down with drummer Hal Blaine, bass player Carol Kaye, and saxophonist Plas Johnson (the soloist on the “Pink Panther” theme), and filmed them reminiscing. From that he built a 15-minute sample reel, but couldn’t get anyone to back the project because of the intimidating music costs.

“So I just kept going hoping something would happen. Finally in 2006, I had hours of interviews—my wife called it the most expensive home movie ever. That’s when we hired an editor to put it together.”

While the film is a must-see for music fans, for its wealth of stock footage and interviews (including Lou Adler, Herb Alpert, Glen Campbell, Cher, Dick Clark, Micky Dolenz, Snuff Garrett, Bones Howe, Larry Knechtel, Joe Osborn, Nancy Sinatra, Jimmy Webb, Brian Wilson, and Frank Zappa, on whose album “Lumpy Gravy” Tommy played), Denny says he has gotten some of the best reactions from people who were “dragged to it” by musician friends but responded to its depictions of people late in life assessing their lives. That, he feels, makes up for the occasional angry fan who hates him for pointing out that his favorite band didn’t play on their records.