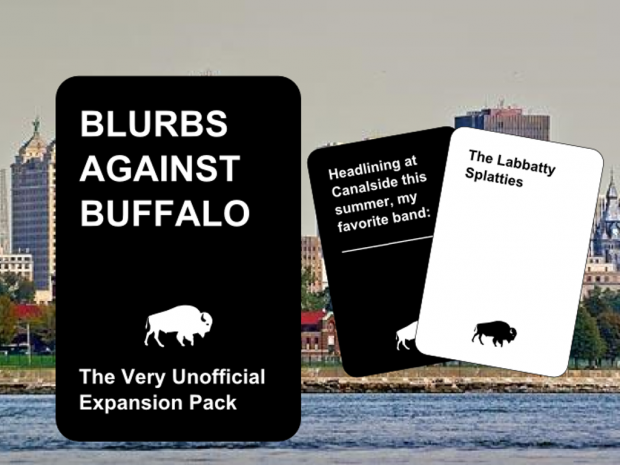 Everyone’s favorite drinking game is getting an unofficial makeover in the drinking capital of the world. Though it seems not-so-legal as far as copywrite infringement laws go, someone out there—a company called 716 Renaissance Designs led by Steven Leonard—has launched a Kickstarter campaign to fund an unofficial expansion pack for Cards Against Humanity called Blurbs Against Buffalo.

They’re looking for approximately $1,000 (update: they’ve reached their goal) to create a stand-alone deck—18 black question cards and 54 white answer cards—of Buffalo-centric cards. Black Cards might have phrases like “__________ would be a small price to pay for the Bills to win a Superbowl” while white cards could read something like “Cleaning the floor of the bathroom at The Pink with your tongue” or “ghost pepper chicken wing shits.”

Now they’re not asking for suggestions, but I think we should provide some anyways. I’ll start:

Now it’s your turn: Please share your suggestions in the comments below.