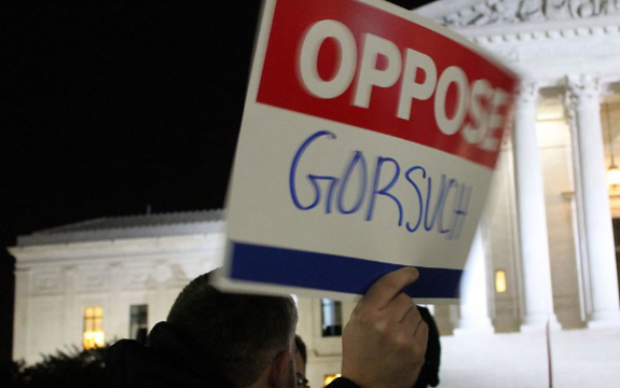 As the Republican-led Senate and leader Mitch McConnell are poised to change Senate rules to allow for a simple majority vote on Donald Trump’s nomination of Neil Gorsuch to the Supreme Court, it helps to put things in perspective.

Until now, it has effectively required 60 votes in the Senate to advance a Supreme Court nomination, because that is the number of votes needed to invoke cloture and break a filibuster — cloture is how the Senate votes to end debate on a bill or resolution without it being rejected. Because there do not exist 60 votes in the Senate to invoke cloture on the Gorsuch nomination, McConnell’s only option is to change the Senate rules to effectively forever require only a simple majority to advance a Supreme Court nominee.

It’s called the “nuclear option”, and Harry Reid famously did this in late 2013 with respect to unprecedented obstruction of President Obama’s nominees by the then-minority Republicans in the Senate. Then in 2016, McConnel basically broke the Constitution by refusing even to meet with Merrick Garland, much less grant him a hearing in the Senate. This didn’t happen in September, but in March after Justice Scalia’s death in mid-February. That was a dereliction of duty specifically designed to deny the sitting President any further SCOTUS seat. It was unprecedented. Article II, section 2 of the Constitution is clear on Presidential power to make appointments.

Now, McConnell is whining that the Democrats are going to filibuster Gorsuch using language that can be charitably characterized as ironic, if not hypocritical.

When Harry Reid went nuclear on Senate appointments it was only after the Republicans had filibustered or otherwise blocked fully 82 Obama nominees — almost as many as under all previous Presidents in history, combined. For Trump? McConnell is willing to go nuclear on one single, solitary nominee who by all rights shouldn’t even be under consideration because it should have been Obama’s seat to fill, under the law.

I guess what goes around, comes around. McConnell and the Republicans will live to regret this.