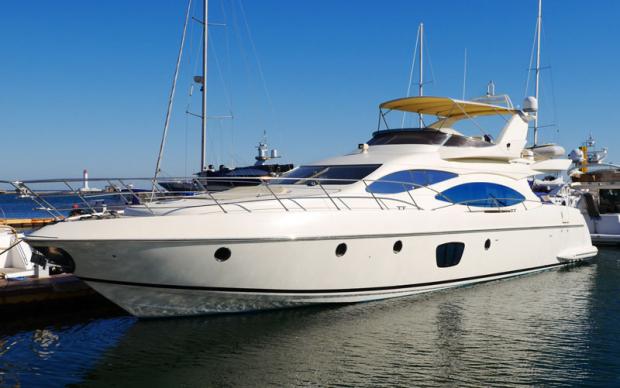 A budget deal appears imminent before Tuesday’s midnight deadline, but all you really need to know is that an effort to raise the minimum wage has faltered while a sales tax break for yachts purchased at $230,000 and above appears ready to set sail.

If you ever needed a reminder that government works disproportionately in the interests of the wealthy, look no further. Elsewhere in the budget are incremental—instead of the proposed sweeping—changes to teacher evaluations that blatantly ignores the existence of collective bargaining agreements, and a striking-down of the proposed statewide DREAM act.

In a state where the real estate value in Manhattan knows no bounds but school districts and services for the poor are chronically underfunded, this latest budget reveals that the true direction of the state is being steered by a blind captain in a luxury yacht into diamond-encrusted rocks.

If you’re one the state’s 99.5 percent hobby outdoorsmen and want to pick up fishing or boating, you can spend literally thousands of dollars on boats, equipment, and state licensing. It’s a $7 billion dollar annual industry in the Great Lakes watershed alone. But all of that money spent is taxed at the point of purchase and divided by the municipality and state where it is purchased.

In defending the bill that also includes a similar break for the purchasers of aircraft, Senate majority leader Dean Skelos told the Buffalo News, “The justification for that is it creates jobs.”

We’re sure every neighborhood yacht dealer is going on a hiring spree in the wake of this news.

“It would be very easy to say ‘Oh my God, here’s another tax break for the wealthy.’ The truth of the matter is (the tax) is hurting the state and hurting the coffers and hurting our local businesses.”

If you haven’t considered the plight of the high-end marine retailers yet, let this be your initiation. The retailers of aircraft and yachts are unduly affected by the fact that people with money can afford to buy such items in more favorable tax environments. Buying a $1 million yacht and paying sales tax in New York may be more expensive than buying the same yacht in Florida and having it transported into your slip in lower Manhattan. While the measure makes a certain sense, it comes as a slap in the face to all casual anglers and boaters who would love to spend more in local shops if they had the benefit of a sales tax break, and it’s an even bigger injustice to the millions of impoverished children of the state.

Government often works at its own pleasure, regardless of the concerns of what’s best for all constituents, and any chance of that changing also took a hit in the budget negotiating process. The public financing of campaigns, a measure that could reduce the political influence of the ultra-rich, was once again dropped from the budget.