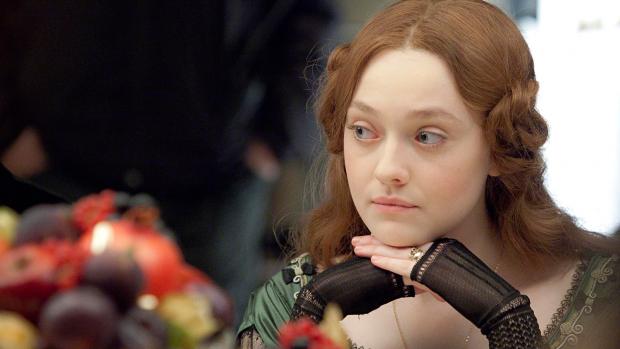 Pull up a chair and let’s chat about John Ruskin, the eminent Victorian art and social critic.

Hey, where are you going? Come back! I was just kidding! Ha ha. Who’d want to hear such a dull tale? Let me tell you this other story, about a young, dreamy-eyed girl, eager to get out of dreary Scotland and in love with a family friend 10 years older than herself. Little does she know that he’s a cold fish who would be so repulsed by the sight of her naked body on their wedding night that he would flee the bridal chamber, never to return. She has to stay with him and his dreadful parents for six years before she can get the marriage annulled on the rounds of impotence and remarry a man who gives her eight children in as many years.

Of course, that’s Ruskin’s story, or at least the version of it that has titillated the world since 1854. Speculation into his disastrous marriage has been the subject of numerous plays, literary works, an opera, and several movies.

So busy is the Ruskin industry, in fact, that Effie Gray, which opens at the Eastern Hills Cinema this Friday, had its release delayed for several years. Filmed in 2011, its release was enjoined while Emma Thompson, who wrote and produced it, was sued by the writer of two other screenplays about the Ruskins’ marriage.

In the meantime, we’ve seen Ruskin inexplicably portrayed as a lisping fop in Mike Leigh’s recent Mr. Turner, a biography of the painter whose greatest champion was Ruskin.

Thompson’s take is very much on the side of Effie, well played by Dakota Fanning. Expecting to make a home and raise a family with her eminent and wealthy new husband (played by Greg Wise, Thompson’s own spouse), she is disappointed to find themselves under the thumbs of his parents (David Suchet, Julie Walters), from which John shows no inclination to stray.

The 20-year-old Effie finds herself mired in the most stifling conception of Victorian propriety. John is content to spend his days ruminating and writing. Her intellect is clearly not on a level with his, and he shows no inclination to develop it. Travel, to which the Ruskins are addicted, brings no relief. It is only when her husband’s protégé, the young painter John Everett Millais (Tom Sturridge) comes to paint his portrait, that she is roused to find a way out of her situation.

Complaining about historical inaccuracies in movies based on fact is a losing game, especially when historians can’t agree on what did and did not happen. A story like this is unlikely to leave a primary paper trail, and it’s never hard to sell a salacious interpretation. The conventional understanding of Ruskin’s non-consummation is that he was appalled by the sight of his bride’s pubic hair, which seems awfully unlikely. The recent book Marriage of Inconvenience by Robert Brownell builds a rather different case in which Ruskin refused to consummate the marriage because he discovered that Effie did not love him and only married him to settle her father’s debts. It’s equally as plausible, but no more authoritative than the popular version.

Thompson seems to have intended a feminist parable, but it’s hard to believe she couldn’t have come up with a better vehicle. Even taken at face value, this version simply recycles clichés about Victorian repression. The production, which includes sequences in Vienna and the wilds of Scotland, is quite handsome. And the cast is filled with familiar faces, though mostly in little more than glorified cameos—Claudia Cardinale, Derek Jacobi, Robbie Coltrane, James Fox. Given all the trouble it took to get this story to the screen, it hardly seems worth the bother.