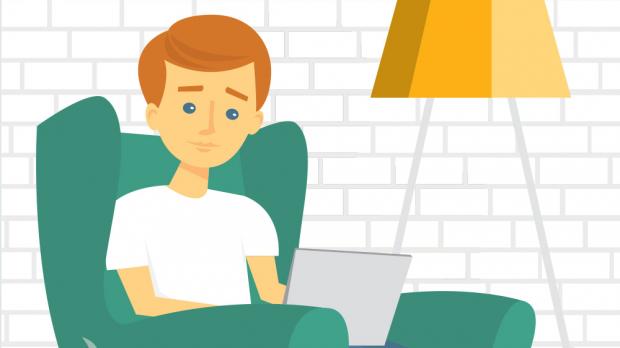 “He’s got so much love to give, and he’s a good looking man… I just don’t understand why he can’t find someone to be with.”

A straight woman I know was expressing her dismay about her friend’s situation, which I could tell made no logical sense to her. And yet it made perfect sense to me. Her friend is not unique.

People tend to get riled up when I express indifference about gay marriage, but I think it’s because they’re assuming I’m coming from an oppressive angle. Margaret Cho got bent out of shape with me some twelve years ago for similar reasons. We were on the phone doing an interview for a publication in Boston. Her point was well taken. “It’s the principle of it,” she said. “Letting them tell us who we can and cannot marry is just bringing us all one step closer to being shoved in a work camp.”

Her macabre, over-the-top image still makes me laugh now, but it’s not the principle she was referring to that makes me indifferent. It’s the predicament of my friend’s friend mentioned above. Of course we should have the right to get married.  But just because we have that right, should we all necessarily be acting on it? Tough call.

I have been single most of my adult life. I had an initial love affair in my early-to-mid 20’s that waxed and waned for four tumultuous years, and I recently ended a one year romance. Between those two scenarios, there have been a few dates, a couple ongoing, serial-sex trysts, and a ton of hookups. And there have been what I would call “interested men.” Men that I might have settled into a groove with, shacked up with, maybe more. Some would posit I’ve avoided these scenarios out of fear, and maybe there’s some truth to that. But primarily, I’ve stayed away from serious dating because I don’t feel like I’m all that well suited to it. My hunch is that a great many other gay men are similarly ill-suited to serious life-sharing, and yet they’re busy squishing themselves into that conceptual box – like trousers from ten years ago you wish you still fit into. Hear the ripping sound?

I tried to explain it as plainly as possible to my friend in reference to her perpetually unrequited buddy.

“The way I see it is this: never before have we aspired to the shack-up/ride-off-into-the-sunset model  quite like we do now. It seems different for gay women, but gay men have always existed in a model-less culture that makes up the rules as we play the game. Which isn’t to say that relationships don’t happen —and sometimes last for a while — along the way. But this notion of finding ‘the one’ and making a forever home? That’s new to us, whether we want to admit it or not. A great many of us like that idea, even aspire to it. But the reality is that we’re wired differently. It sets up an unusual amount of challenges.”

Of all the married/long term male couples I know, I can count the number that haven’t endured some semblance of cheating or aren’t subject to a funky non-monogamous agreement on one hand. People get mad when I bring this up, but my experience is that truly monogamous male couples are few and far between. End of story. You can rant and rave all you want, but the bottom line is that WE’RE LOUSY AT IT.

Have you ever met a gay man that doesn’t like sex? I’ve known one or two. I think it’s fair to say, however, that we’re one of the more ravenous tribes insofar as sexual beings are concerned. It’s not just a stereotype — or rather, it’s a stereotype with solid backing.  But most of us don’t fancy having to actually deal with the person we just had sex with afterwards. I had a friend in Boston that used to jokingly say (to a lingering imaginary hookup), “If you can’t turn into a pizza, why are you still here?”

The point is that we’re trying to tackle two wants (or perhaps two needs, depending on your position) with one solution. This is how we watched our parents do it. Despite our own orientations, most of us (especially Baby Boomers and older Gen-X’ers after them) saw people around us addressing the issues of sexual desire and companionship as one in the same. But for gay men in particular, they are often two very different things. The men that you’re attracted to aren’t the ones you’d like to spend quality time with, and the ones you’d like to spend quality time with don’t turn you on.

Mind you, I know not everyone experiences this conundrum. But an awful lot of us do and it leads to all sorts of problems. More squishing into trousers that don’t fit: you attempt to make a friendship into a sexual thing, causing damage and weird feelings in the process. Or your sexual desire for someone diminishes greatly once you really get to know them.

I’ve harped on this before: our increasing dependence on pornography is not helping. It creates custom turn-ons and caters to the darkest corners of your sexual imagination. All fine and well, but if you use it as a vehicle for an extended period of being single, the real event is bound to be a letdown. “Oh, there’s nothing better than the real thing,” naysayers will tell you.

Sustaining marriage is a lot of hard work. And even if you’ve genuinely found someone you love being with both sexually and otherwise, attraction will fluctuate. It’s not cynicality (which apparently isn’t a word but I’m using it anyway), it’s a reflection of the truth: we will seek sex elsewhere. It may take ten months or ten years, but with the amount of men we’ve all met online or via apps that are cheating, “on the D-L,” how can we even argue about this?

Someone recently mentioned the concept of Lesbian Bed Death to me. I had no idea this was an actual thing. Well, it is and it isn’t. It’s enough of a thing to have a wikipedia page. But what it describes is so universal, so much part of the human condition – it has nothing to do with gay women. It has to do with all of us. Over time, our attraction to our partners dissipates. And that’s okay if both parties are satisfied with what the relationship does still bring them – companionship, familiarity. And I’ve stretched my mind to accept the idea that if both parties agree, perhaps sexual desire can be handled separately within some sort of pre-defined boundary. But more often or not, we end up lying to one another.  And if you’ve gone through the process of formally getting married, you’ve raised the stakes. Gay couples facing this now not only break up, they actually get divorced. It’s messy. Did we really need this?

All that said, and hard as it may be to believe, I’m still a hopeless romantic. Perhaps that’s the toughest part of the equation.  I’ve avoided relationships for many of the above reasoned issues, but also because I haven’t felt like I had much to bring to the table. I’ve known way too many guys that think the right relationship will solve all of their problems, which isn’t fair to either party. Nobody can be your happy pill. You need to have a strong sense of self in order to sustain healthy, intimate, romantic relationships. Since I’ve slowly been working on developing that sense of self over the last 15 years, it hasn’t seemed like a good time to complicate matters by bringing in another person. I always figured if that was meant to happen, it would, when the timing was right/better. Now I wonder.

I remember listening to another gay man talk about his journey getting sober maybe 10 years ago at a AA meeting. He was speaking for his anniversary. And as he began talking about meeting his partner — someone that didn’t come into his life until he was well into his 50’s — he burst into tears. “I’d really started to believe it wasn’t going to happen for me,” he sobbed. I suppose you needed to be there to really feel it, but it was one of the most moving things I’ve ever witnessed, partially because I grapple with this concern all the time: are we meant to be alone? Am I meant to be alone? Am I okay with that? It seems okay now, but it won’t be forever.

I like my one man show. I really do. And I don’t trust gays when it comes to sex – with good reason. I  don’t really trust myself with it, either. So I guess I’m looking for someone to come prove me wrong. I don’t want to get married, and I definitely don’t want to adopt any children. But if I’m lucky enough to make it that far, the idea of being a single senior scares the shit out of me.