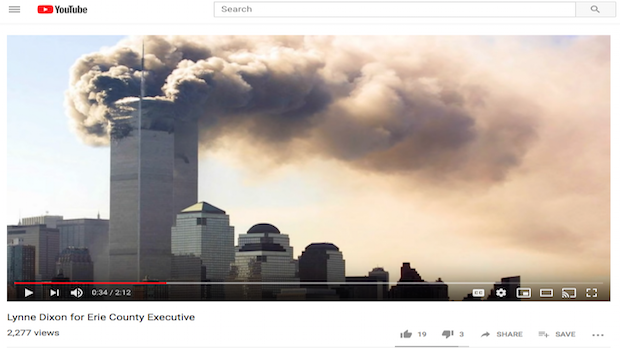 Some promising news out of the state budget process has been leaking out. We admire Assembly Majority Leader Crystal Peoples-Stokes’ advocacy pertaining to the potential legalization of marijuana in the state, demanding that legislation be structured with economic justice to minority communities in mind. As reported locally, Zephyr Partners of San Diego are drooling over space on the Buffalo Outer Harbor to construct a $200 million facility to grow and produce marijuana products. New York State has only one chance to open the market to a billion dollar industry overnight, let’s do it the right way and empower entrepreneurship and revitalization in communities that have been hit the hardest by a draconian, decades-long war on drugs. Also, it looks like a plastic bag ban is in the works. If you’re still against the measure, please take a walk along the Scajaquada Creek in Buffalo between Delaware Park and the Niagara River and get back to us.

We’re going to stretch here a bit on comments made this week regarding a potential new Bills stadium downtown and commend the Pegulas for offering that if the Bills were to build a new stadium, it would be a relatively modest addition to the NFL landscape, “something’s that Buffalo style.” We could cue a litany of jokes that could fit under the heading of Buffalo style as it pertains to the performance of Pegulas two teams since assuming ownership of both this decade, but instead we’re more interested in pumping the brakes on the potential outlay of hundreds of millions of public dollars for a facility that is used less than fifteen days per year and is unlikely to bring back economic benefit. We hope the Pegulas realize the most Buffalo style thing of all would be to not build a new stadium at all, but to keep the Orchard Park stadium alive long enough to cycle through a half dozen more names. A new stadium downtown would most likely signal an end to the tailgate rituals for fans and families, and price many out of the experience all together. We think the Bills have a good thing going in Orchard Park, and we’d hate to see it landfilled in favor of some gleaming soulless monstrosity selling personal seat licenses and corporate boxes to a largely non-existent market.

The campaign of “Independence Party” Erie County Legislator Lynne Dixon for County Executive is off and running, but we can’t get over her introduction video. The video shows off Dixon’s chops as a former television reporter from a production standpoint, but the content is baffling. At the 34-second mark of a two-minute video, Dixon pivots wildly to 9-11, showing an image of the twin towers burning. What the hell does the events of an 18-year-old attack have to do with a county executive in Erie County? Well, Dixon expresses her nostalgia for the attack and its aftermath, because it brought people together. Her point being that she believes in her ability to bring the Erie County electorate together, just like in the aftermath of an unspeakable tragedy. That might be absurd enough of an argument to make, if one had accomplishments to hold up that could support such an idea, but Dixon’s video offers none. She’s been in the legislature since 2009, you think she’d have something—anything—beyond her a dubious label as an “independent” and the tragic, fear-mongering imagery of 9-11 to stand on. She’s lucky the video has been up a month and has just over 2,000 views.

We expect to have more to say about the police homicide of Marcus Neal last December on the roof of a Black Rock garage in the coming weeks, but for now we just need to shake our heads at Buffalo Police. We can debate in the dark the merits of the official account of what happened in those fateful moments that lead up to rookie officer Joseph Meli fatally shooting Neal three times in the side and buttocks, but the truth it we’ll never really know if the shooting was justified. District Attorney John Flynn said during a press conference last week that he doesn’t believe police would lie, but we’ve seen plenty of recent cases involving dishonest police in local police forces. The thing that just doesn’t make sense is the huge show of force, including officers from a neighboring police district, to pursue a person who had allegedly shoplifted toiletries from Wegmans, and it didn’t make sense to Flynn either. “Do I agree that i seems a little much to have 10 police officers surround someone a mile away for stealing shampoo at Wegmans?” Flynn said. “Yeah, I’ll concede that to a certain extent, but that’s not what I gotta focus on.” What he did have to focus on during the press conference was a blown up map of the Black Rock neighborhood where it all went down, and curiously, no picture of the three inch folding knife which was handled after the shooting by two officers on the scene.