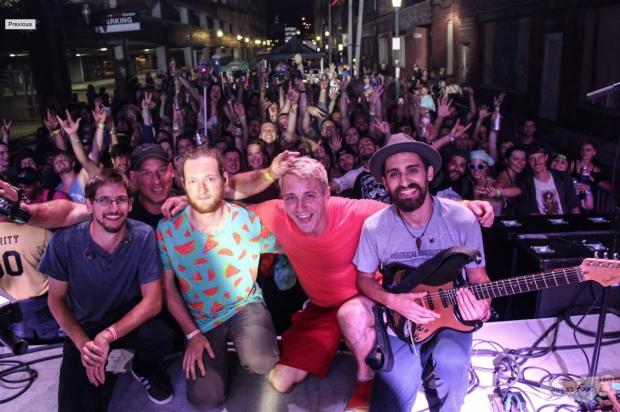 If you’ve checked out Cobblestone Live in either of its first two installments, you know the organizers have a good thing cooking downtown with this modest-sized music festival. On Wednesday, they released their initial artist lineup featuring Langhorne Slim and the Lost at Last Ban, Aqueous, Joywave, Billy Strings, and Sloan.

New this year is a host of non-musical programming including alpacas, a dunk tank, and a spaghetti parm eating competition presented by Chef’s, among many other attractions, as the festival continues to grow and stay true to its roots. Tickets start at only $20.

This year’s festival will take place a month later than previous years, on August 2 and 3.