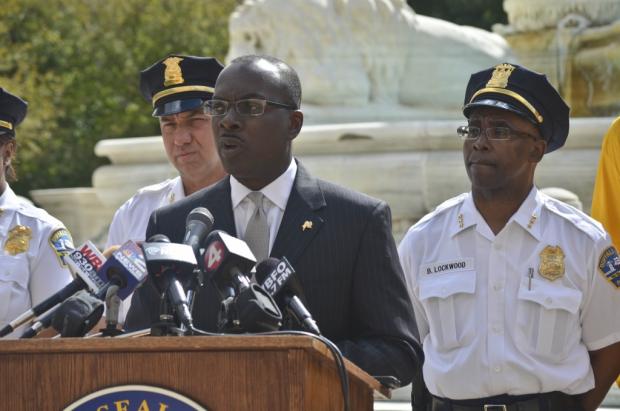 Mayor Byron Brown didn’t search for job applicants or interview any candidates other than Byron Lockwood before he nominated him to succeed Daniel Derenda as police commissioner in February.

Selecting a police commissioner without conducting a job search is not standard practice for large municipalities.

Other cities take their candidate hunts national by posting on professional police association job forums, like the one provided by the International Association of Chiefs of Police. In towns like Amherst and Cheektowaga, applicants take a civil service exam and only the three top-scoring candidates are considered for the position by the town boards.

Under the City Charter, the mayor nominates department heads, including the police commissioner, and the Common Council is responsible for vetting and confirming them.

The Brown administration conducted an extensive search for police commissioner in 2006 when Brown was first elected mayor, recruiting a pool of 50 candidates and interviewing 18 of them before recommending H. McCarthy Gibson for the post. A more limited job search that fell short of the national search that Brown had promised was conducted in 2010 when the mayor nominated Derenda.

“I felt that I had the right candidate in the department,” Brown told Investigative Post about Lockwood’s appointment. “I felt very comfortable with Commissioner Lockwood’s experience, his credentials, his service to the community, and his vision for the future of the department.”

The absence of a formal recruitment process comes in the face of a series of troubling developments involving the police department.

Investigative Post has reported on the insufficient training of officers in the use of force and firearms and the department’s failure to obtain accreditation by state authorities as required by the City Charter. A member of the department’s dive team who was inadequately trained and equipped drowned last fall during a training exercise. Surveys have shown many minority residents don’t trust the police, as evidenced by a lack of cooperation by witnesses in homicide investigations. And two unarmed civilians died last year in encounters with officers.

The Common Council did not make an issue of Brown’s decision to not seek other candidates and unanimously confirmed Lockwood on March 6.

Lockwood met with Council members individually and answered questions in an open session before the Council voted to confirm his nomination.

“I guess [Brown] has a lot of confidence in Mr. Lockwood and if he does that’s his prerogative,” said Fillmore Council District Member David Franczyk. “I spent over an hour with Lockwood in my office, so I felt that I went through my process and voted accordingly.”

Lockwood outlined his priorities for the department during the confirmation meeting with the Council. They include obtaining accreditation from the state, equipping officers with body cameras, and creating a community policing culture.

“My goal is to have the whole department doing community policing,” he said.

Lockwood has served as a deputy police commissioner since shortly after Brown took office in 2006 and was named interim commissioner in mid-January, after Derenda retired.

Investigative Post attempted to interview Lockwood about his credentials and ideas for reforming the department, but city spokesman Michael DeGeorge did not respond to the request. The department would only provide a copy of Lockwood’s resume.

He received an associate’s degree in liberal arts from Erie Community College in 2003. Lockwood was president of Buffalo’s Afro-American Police Association and has received numerous awards for public service, including an “excellence in service” award from Medaille College earlier this year.

According to his resume, the last professional development course he took was in 2007, one year after being promoted to first deputy commissioner.

One of his responsibilities as deputy commissioner was overseeing the Internal Affairs Division, which investigates both internal and external complaints of officer misconduct.

Last year Investigative Post analyzed data on 886 Internal Affairs investigations conducted from the beginning of 2014 to September 2017. Officers were disciplined in only four of the 62 completed investigations into excessive use of force complaints.

One of the first changes he made to the department as interim commissioner was disbanding Strike Force, a crime prevention unit that engaged in illegal stop and frisk and other aggressive tactics, as reported by Investigative Post last fall. The move met with the approval of department critics.