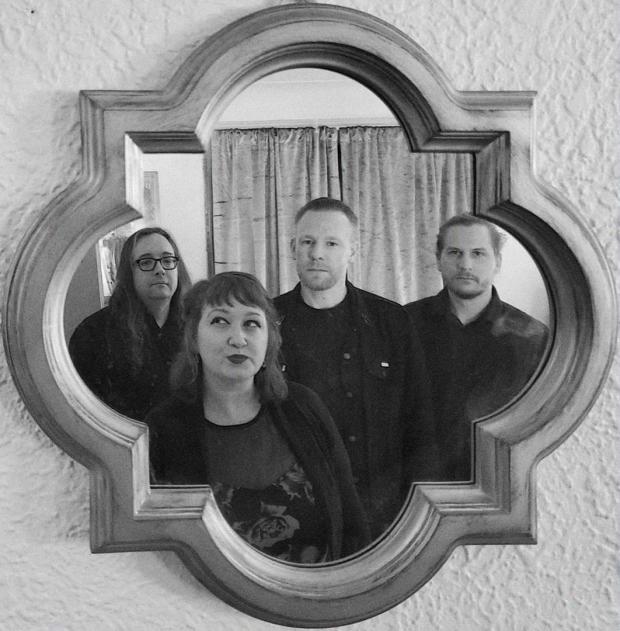 As consumers of culture, we are also slaves to our own expectations—and, make no mistake, they can ruin everything. The music industry has changed dramatically in the last two decades, but in the world that existed beforehand, recording artists would spend anywhere from three years to a decade developing the material for their debut. If it attracted an audience, the pressure to follow it up quickly was intense, especially if there was a sizable record label involved. And despite anyone’s best effort under those circumstances, the resulting second record would pale when compared to the first. Even though hindsight tells us that our quick judgments are often inaccurate in circumstances like these, the damage done in the moment is tough to transcend.

Thankfully, for indie bands that self-release their music, there’s considerably more freedom to work at a reasonable pace. There’s often little or no money to be made, so the focus is on producing a piece of work you can stand by—as it should be. Still, there’s no completely escaping those pesky expectations. Sometimes the most difficult ones to contend with are an artist’s own.

“We’re all satisfied with it and pleased with how it came together in the end,” said Orations lead vocalist and principal songwriter, Jess Collins, during a recent afternoon chat about the band’s second full-length, Receiver, which comes out this Friday, March 29, coinciding with a gig at Mohawk Place.

“But we’re also experiencing that nervous tension when nobody has really heard it yet,” she continued. “We’re proud of what we were able to do with it, but I think we also need to take time to reflect on it a bit. Going into a studio and trying to crank something out that you hope is good in a really concise amount of time is a huge challenge. It’s expecting yourself to be full of passion, but at a specific moment and for a pre-arranged duration. My 28-year-old cousin died—Matthew, the record is dedicated to him—and the guys asked me if I wanted to halt some of the recording so I could stop and deal with that, but I decided I had to finish the vocals I’d been working on. I needed to channel that energy somehow and sitting around continuing to cry just wouldn’t do.”

Truth told, the entire time Receiver was being worked on, Collins, who has many irons in the local musical fire, was experiencing a series of heavy personal losses. It may not have been Orations’ original intention, but the album is somewhat of a requiem. And while that might sound fitting for a band that straddles the lines between jangle-pop and something more gothic, Collins worked hard to present her bandmates—bassist Jason Draper, guitarist Paul Morin, and drummer Matt Chavanne—with lyrics that conjure striking contrasts to the music they wrote, largely, without her. She wasn’t interested in playing “matchy-matchy.”

“Not being nearly as involved with writing music this time came with its advantages,” she said. “It’s like using an architect and a separate interior designer…but they’re on the same page. That way, the results could never be boring. In this case, for me, it felt therapeutic. I could take what they had written and spend a good chunk of time thinking about what I’d like to add. And they’re always amenable to editing, changing, shortening or lengthening choruses and verses to allow me to handle the vocal a certain way. But I enjoy the challenge in this band, to take the music home and really think about how I can juxtapose a lyric onto it. Sometimes, if something comes too easily, instinctively I’ll know to scrap it. They were consistently surprised by what I came up with.”

Receiver isn’t a complete 180 from 2017’s Wych Elm, but it’s the sound of a band evolving, becoming more nuanced, and exuding a more distinct personality. As an outfit unapologetically concerned with the past, Orations makes no bones about referencing lifelong idols like The Cure and The Smiths. A vocal powerhouse, Collins has continually added snippets of Cocteau Twins, Throwing Muses, and the Sundays into the mix. But referencing the past doesn’t render you stuck in it, and Receiver finds them putting those same ingredients into the blender and pouring out something a bit more idiosyncratic in the end; they have begun to sound like themselves. From the lusty gallop of opener “All the Honey,” it’s clear that Collins and company have developed a greater musical chemistry since their debut. “Shadow Self” raises goose-flesh with its early R.E.M.-style, pitchy guitar melody and Collins’s recurring, plaintive wail, while “False Face” might be the most buoyant pop tune they’ve come up with yet.  Overall, the album crackles with non-specific tension, propelled by vignettes about illusions and ensuing confusion, a hazy veil of reverb adding just the right amount of blur to the edges. The slow-building “Radio Silence” and closer ”Cracking the Safe” project an eerie otherworldliness, the latter featuring an unusually soulful vocal that hints at broader possibilities for Collins’s singing voice.

Despite the promising outcome, however, the band was initially unhappy with the record in its rawest form. Three mixes later, the quartet (with Aaron Ratajczak on keys, who will play with them at Friday’s show) is feeling a sense of accomplishment, but it’s hard-earned.

“I can’t speak for everyone, but things just weren’t clicking for me in the studio like they normally do,” said Draper in a separate conversation. “I felt like the recordings didn’t capture how the songs felt when we played them live. Some of my favorite ones lost their luster and just sounded flat to me when we got the first mixes. Then Jay [Zubricky] worked some of his magic in the subsequent mixes and, by turning some knobs and adjusting some levels, he brought the songs to life. I felt like they were finally done justice. It saved the record for me and made it into something that, now, I’m really proud of.”

Collins agrees that it wasn’t until the third mix that the album seemed fully realized.

“It felt very unblended, non-cohesive,” she said. “And some of that is to be expected. But we were struggling with an arbitrary deadline and sometimes the recordings almost didn’t sound like us. Initially it seemed like we had differing opinions about the sound we were after, but once we sat down in person and discussed it—as opposed to speaking in messages—we realized that we’re all basically on the same page. We needed to be in the same room to accomplish that.”

Receiver is stunning, startling… confrontational. It asks some universal questions about who we are to one another, how we relate and also how we hide our intentions (albeit, sometimes badly) in interpersonal relationships. But it asks those questions in semi-coded, figurative ways. Collins has a knack for making you feel like you walked into an art film midway—you need to focus up quickly to determine what’s at stake.  And sometimes you’re never really sure. This is where we all get to be the receivers.

“I feel like we’re all receivers of this life experience—pain, sorrow, joy, whatever’s happening,” she said. “Woven into these scenarios I wrote about is a profound sense of loss, and while I was going through all of it, I thought about moving back to the desert to isolate myself so this couldn’t happen again. But it’s not realistic, this idea that we can escape from making human attachments. I’m lucky to have these losses because it means I knew these people. Now I get to sing about them. Actually, I felt like I really got to sing for the first time in a while on this record. Within these songs, there’s the specific narrative going on, but there’s a broader sense of loss permeating the whole thing which speaks to a more universal experience. We’re all going to lose people along the way, but we have to believe we were lucky enough to witness their lives.”

Orations release Receiver on Friday, March 29, with a show at Mohawk Place, featuring local trios Cooler and Nylon Otter, plus early acoustic sets from Bill Nehill and Dave Allison. Doors are at 8pm, $7.