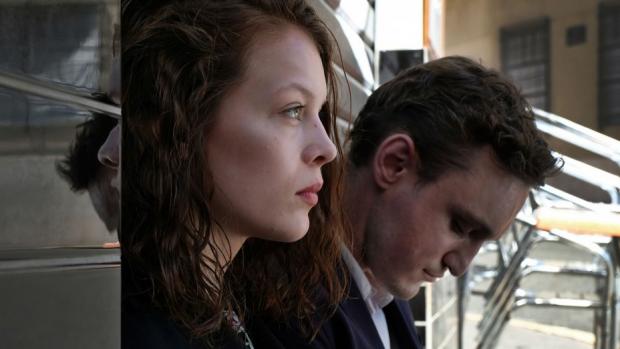 Rarely does a film engage both head and heart as fervently as Transit, the latest from Germany’s Christian Petzold, whose two decade career was the subject of a 2017 retrospective by the local cinema group Cultivate Cinema Circle. The film was adapted from the 1944 novel by Anna Seghers (The Seventh Cross) about a man wanted by the Nazis who assumes the identity of a dead novelist in order to get out of Europe. He has escaped a concentration camp to Marseilles, where he plans to board a boat to Mexico. That famously grimy city is filled with other desperate souls hoping to be able to flee before the Nazis arrive.

But Petzold’s film is not a period piece. Although it lacks conspicuous modern objects (not a cel phone to be seen), it is set in more or less the present day, perhaps the near future. The repressive group is never named as Nazis: it’s not as if Hitler’s followers invented their evil ideology, or that it went away when they were defeated.

Fascinating as that dislocation is, requiring us to understand this story in a modern setting is not Transit’s primary reason for being. In a plot driven by the kind of unlikely coincidences that you only accept in films noir, our protagonist (the excellent Franz Rogowski) becomes consumed by the wife of the dead man he is pretending to be (Paula Beer, just seen in Florian Henckel von Donnersmarck’s Never Look Away). He feels compelled to help her, though to do so would give away his life-saving ruse as well as implicate her in a suicide.

Just as Petzold’s last film, Phoenix, kept making you think of Hitchcock’s Vertigo even though they had little in common, Transit kept making me think of Casablanca even though the two are more different than similar. It may take a little time to engage you, but by it’s conclusion Transit will have thoroughly worked its way under your skin. Now playing at the Dipson Eastern Hills.

I wish I could say the same for Gloria Bell, a remake by Chilean filmmaker Sebastián Lelio (A Fantastic Woman) of his 2013 Gloria. Like the original, it succeeds primarily as a showcase for its star, in this case Julianne Moore as a fifty-ish divorcee who doesn’t want to spend the rest of her life alone even though it has been 12 years since her divorce. Equally good is John Turturro as the man, a more recent divorcee, whom she meets at a dance club (do people in Los Angeles really still go to discos?) That he proves to be less than she had been hoping for may strike some as realistic, but I was left wondering why this engaging character’s life had to be understood only in the context of the man who is unworthy of her. Now playing at the Dipson Eastern Hills and North Park.