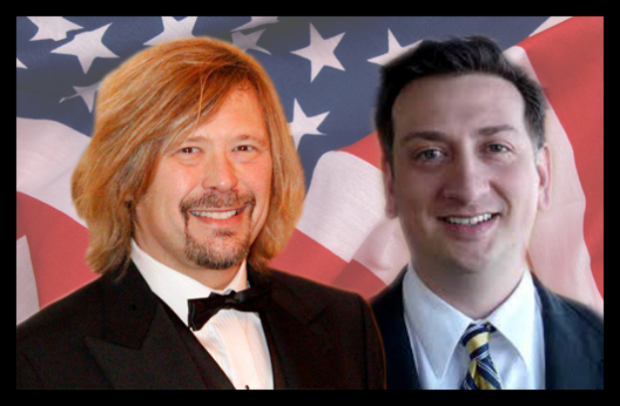 Who is most culpable for the grotesque, murderous terrorist attacks in Westminster this week? Could it be the perpetrator, who is reportedly a man born in the UK and whose vicious, murderous attack was influenced by homicidal Islamist terrorism?

They — like Donald Trump, Jr. - have identified the real culprit. It’s London Mayor Sadiq Khan, who happens also to be Muslim.

You have to be kidding me?!: Terror attacks are part of living in big city, says London Mayor Sadiq Khan https://t.co/uSm2pwRTjO

London Mayor: Terrorist attacks are a part of living in a big city.

@DonaldJTrumpJr You use a terrorist attack on our city to attack London’s Mayor for your own political gain. You’re a disgrace.

What was this all about?

To sum up, it’s a blood libel; accusing Mayor Khan of being insensitive or cavalier about terrorist attacks in big cities. As the New York Times explains,

Mr. Trump mischaracterized the London mayor’s remarks. Mr. Khan did not describe terrorism as “part of living in a big city,” as if bombings and shootings were an inescapable fact of life. He said that terrorism preparedness, including providing sufficient support to the police, was “part and parcel of living in a great global city.”

“That means being vigilant, having a police force that is in touch with communities; it means the security services being ready, but it also means exchanging ideas and best practice,” Mr. Khan said in a video interview published by The Evening Standard, another British paper. (For the record, Mr. Khan did say the victims of the Chelsea bombing were in his “thoughts and prayers.”)

“Nothing is more important to me than keeping Londoners safe,” Mr. Khan added. “I want to be reassured that every single agency and individual involved in protecting our city has the resources and expertise they need to respond in the event that London is attacked.”

To label as irresponsible Trump Junior’s and Bauerle/Bellavia’s reaction to a fiction is a dramatic understatement. Bauerle and Bellavia’s criticism of Mayor Khan perpetuates a worldview that perceives all Muslims as suspect or, as Bauerle has put it multiple times, “not compatible with Western democracy”.

It’s not the first time Bauerle and Bellavia have similarly misquoted a Muslim public figure in order to defame him. Just last November, they circulated a lie about the owner of Chobani Yogurt — a Kurdish Muslim immigrant from Turkey, claiming that he once said he wanted to “choke the United States with Islam” — something he never said ever to anyone in any place in any way. It bears mentioning that the Kurds have been an historically oppressed minority in Turkey, Syria, and Iraq.

Perhaps this is all instructive on how free societies should react to terror and murder. Hunt down the terrorists and terror cells who plot to do us harm. Arrest them, prosecute them, jail them. Use everything legally available to disrupt them and their networks. What we can’t do is sit there and mix fear with ignorance in order to brew up some fresh hatred. Islamist terror is not going away anytime soon, and our law enforcement and intelligence agencies are tasked with doing whatever they can to prevent these acts from occurring. They won’t always succeed. Banning immigrants or refugees won’t work, because most of these attackers are home-grown, radicalized on YouTube and message boards.

Londoners will never be cowed by terrorism. pic.twitter.com/LTLhgZ7OLQ

Mayor Khan is right — preparedness, intelligence, and providing needed support to police agencies are now routine in big cities in order to do battle against cowards who would attack civilians to advance some sick perversion of a political or religious motive. Belonging to a jihadist cult is appealing to unemployed foreign youth living in western countries where they don’t feel they belong. That doesn’t, however, explain people like Adam Lanza who murdered twenty 1st graders in a matter of minutes for no known reason whatsoever.

In any event, this reaction seems typically British, profanity and all.

.@DonaldJTrumpJr I think I speak for Londoners when I say, go fuck yourself you disgusting, entitled, chinless, ignorant, bigoted cretin.

This is London in 1993 after an IRA truck bomb. We didn’t ban Irish people or Catholics, we understood it was just a small group of cunts pic.twitter.com/DMo5L41yoX

By the way, as it turns out the perpetrator was a Briton — born in Dartford in Kent — who had apparently converted to Islam and become radicalized. He was a loser and a thug who had been imprisoned for various assaults in the past. On the day of the attack, Bauerle and Bellavia accused a different violent Islamist criminal as the perpetrator. On the radio all afternoon, and twice on Twitter. They were wrong; that guy was in jail at the time.

I eagerly await all the ways that things like Trump’s travel ban would prevent native-born Americans — or even native-born Britons — from committing terrorist acts in the US.