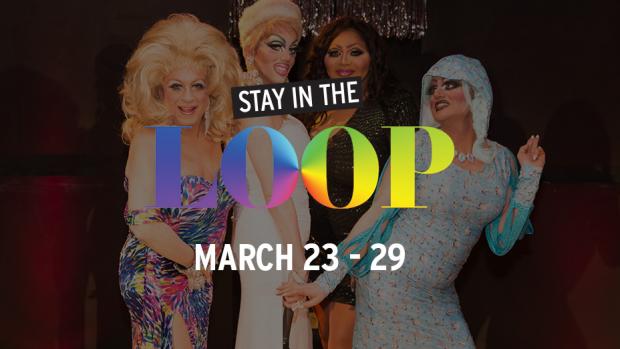 An on-going social and support group for those interested in the energy and dance of the butch, stone, stud, femme, and FTM communities. Light snacks provided, and guests are welcome to bring a dish to pass.

Catch the 1983 documentary-style feminist science fiction film by Lizzie Borden that explores racism, classism, sexism and heterosexism in an alternative United States socialist democracy. A radical film among a radical crowd, with discussion after the screening. Suggested donation: $5.

Robotika 2Kay and the Fem Follies — Melody Michaels, Keke Valasquez-Lord and Chevon Davis — drag it out to the suburbs again for this month’s installment of their hit show produced by Buffalo Chrysalis Theatre company. Tickets: $10 at www.buffalochrysalistheatre.com.

Your big, loud, crazy, lesbian host, Magnolia Amore, presents a sexy night of entertainment, and this show has it all: drag kings, drag queens, burlesque, comedy, games and prizes! Cover: $3.