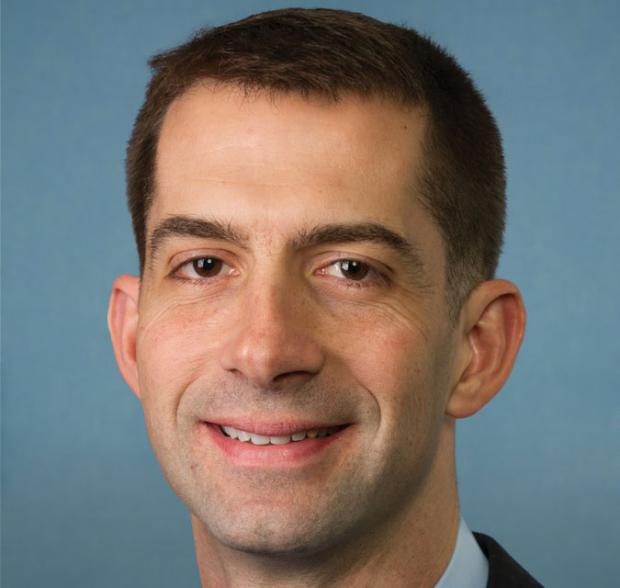 For me, it’s not about Cotton; it’s about the other 46. I’m not surprised a first-term senator and Tea Party darling would do something as stupid as write a letter to Iranian leaders, directly screwing with the President’s negotiations with Iran. After all, the guy’s not very bright. He just last Sunday worried aloud to Bob Shieffer about Iran’s regional power, warning that “they already control Tehran,” Tehran being the capital of Iran. Again, not too smart. But I am (somewhat, just a little) surprised that nearly all of his Republican colleagues would sign on to such stupidity (kudos to the 7 who didn’t).

The letter, written by Arkansas’ brand new senator, Tom Cotton, is an embarrassment on a number of levels. First, there is the basic criminality of it. While there’s only ever been one indictment under the Logan Act (in 1803), I can’t think of a clearer violation occurring in my lifetime. Here’s what the Logan Act says:

And here we have 47 senators corresponding with Iran with clear intent to defeat measures of the United States, for whom the President has sole discretion over negotiating treaties. This is entirely unlike Nancy Pelosi’s 2007 trip to Syria, which then-apoplectic Republicans claimed was a violation of the same law, despite the fact that Pelosi did not controvert White House policies or undermine any negotiations, and several Republicans visited with Syria’s leadership in the same period. In fact, both Newt Gingrich and Denny Hastert had done the same thing, but had controverted the President’s stated policies at those times. Of course, none of those facts caused the slightest pause for reflection as the GOP lambasted Pelosi as a traitor in a hijab—which was also worn by Laura Bush and Condoleeza Rice on overseas trips. (In the annals of Republican hypocrisy, this is described as “a day.”)

So yeah, there’s that. 47 senators actively interfering with sensitive international negotiations, which are the clear purview of the President. But really more embarrassing is the kind of rank ignorance the letter reveals in its signers, especially its writer. You see, after a galling first line, purporting to help Iranian leaders who “may not fully understand our constitutional system,” Cotton (and presumably the 46 other senatorial signees) go on to prove that they do not understand their own role as described in the Constitution. This is the first sentence of the second paragraph, and it is dead wrong: “First, under our Constitution, while the president negotiates international agreements, Congress plays the significant role of ratifying them. In the case of a treaty, the Senate must ratify it by a two-thirds vote.”

Nope. The Senate role in this process is advice and consent. Yes, they can prevent a treaty from being ratified, but ratification is something the President does after the Senate votes to approve. Even with the Senate’s consent, the President can simply choose not to ratify a treaty. It’s a relatively minor distinction that one could be forgiven for not knowing if one were not a Senator and not simultaneously purporting to be educating foreign leaders about the Constitution.

It’s a pretty good bet that the Iranian government was already aware that the American right wing are so intensely hateful towards them they’d probably rather drive a bus into a ravine than make any gesture of cooperation with Iran. So what is Cotton’s game? Fear and conflict. Cotton’s first speech from the Senate floor lamented recent decreases in defense spending, as if “more money than the rest of the world combined” was not enough to handle roving bands of third-world guerillas. It seems a cinch that Cotton’s main sponsors are defense contractors and that peace in the Middle East is just plain bad for business. In a way, I hope it’s as sinister as that, because the only other option I can see is that Cotton and his cohorts are actually as blind stupid as their constituents.

I can be an opinionated guy, but I’m not second-guessing NASA engineers or genetic researchers—because I don’t know enough about those subjects to form a valid opinion. I wouldn’t hire an interior decorator to perform knee surgery, and in a similar vein I would not entertain the opinions of people who’ve barely been outside of the Midwest on foreign policy.

And yet willful ignorance has become a commonplace in American politics. The frequency with which people pride themselves on their unwillingness to acknowledge basic truths has become more than tiresome; it’s downright alarming. The lies don’t even have to sound convincing anymore. People are willing—nay, yearning—to believe anything that makes them feel smart and gives them imaginary ammunition against the enemy. Liberals are not entirely guilt-free in this, of course—try talking sense to a 9/11 truther, or someone who thinks the government made AIDS—but nobody compares to conservatives when it comes to the mainstreaming of nonsense.

The problem is not an honest difference of opinion based on the facts. The problem is that these people are idiots. They don’t know what they’re talking about, have no interest in learning, and no hesitance to assert their ignorant, emotional outbursts as if they signified anything but an embarrassing lack of knowledge.

Just a couple of weeks ago, Fox News was repeating a completely bogus story about “no go zones” in Europe, where Shariah was the law and non-Muslims feared to tread including police and government. It was absolute nonsense, but that didn’t stop the story from spreading over to CNN too. Now here’s a story that could have been fact checked by calling any adult in Europe, but it took British Prime Minister David Cameron calling the source, the self-styled terrorism expert and Fox News ‘contributor’ Steve Emerson “a complete idiot” to get a retraction. To this day, many dipshits, including Louisiana Governor Bobby Jindal, are sticking to the story, facts be damned. And even those who will admit they were duped are still watching the same crap-fountain with the credulity of children.

You see, ignorance alone is no crime. It’s denying ignorance, even loving it, that ruins political discourse. And when you repeatedly return to the same news sources that have fooled you repeatedly in the past, it’s clearly not the truth that you’re interested in. Fox News viewers and Rush Limbaugh listeners must know they’re being lied to because as long as those lies reinforce their aggrieved bigotry and sense of self-righteousness, they’ll keep tuning in. It’s not about reality; it’s about their feelings.

It’s a sad, juvenile way to live, to immunize yourself against information that challenges your preconceptions. It’s an attitude that sees personal growth as an enemy, that values victory over justice.

So here’s my entreaty to you, dear reader: Before venturing an opinion on a topic, stop for a moment and ask yourself: “Do I know a damn thing about this subject?” If the answer is “not really,” try shutting up for a change and maybe listening to someone who does. Or, you know, you could go on being the loudest, dumbest guy in the room and ruin it for everyone else. Like Tom Cotton.