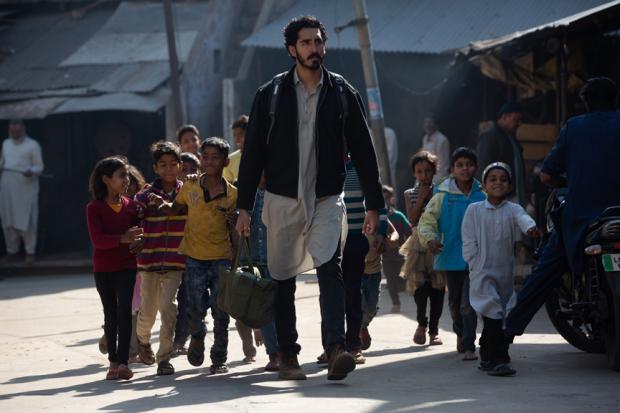 The title of Michael Winterbottom’s geographically expansive but taut new effort is meant ironically, and as something of a tease. The title character, whose name, Jay (Dev Patel), we don’t learn until well into the proceedings, is something of a puzzle, one Patel and Winterbottom make intriguing enough.

Early on, Jay is seen preparing for a trip from London to Lahore, Pakistan. Once there, his journey to his destination is circuitous and interrupted, with side trips to India and a stop at a gun shop. Jay’s personality and actions are marked by an obvious inconsistency. He’s coldly proficient and capable of extreme violence, but he’s also disconcertingly honest and interpersonally candid, as we find.

It eventually transpires that the purpose of Jay’s journey is the abduction of a young woman named Samira (Radhike Apte), whom he binds and puts into a car trunk. That wedding was to be hers, and Jay has been hired to prevent it by Deepesh (Jim Sarbh), a boyfriend back in England about whom Samira has never told her parents. She has been betrothed to a Pakistani man she barely knows and doesn’t want.

It’s at this juncture that Winterbottom, who wrote as well as directed, introduces plot and moral complications. He’s sometimes taken an obvious lefty turn in his movies (Welcome to Sarajevo, Road to Guantanamo), but here the political and social significance is much more direct. This is apparently meant as a thriller with unexpected moral questions, and if it doesn’t always adhere to strictly logical and reasonable narrative considerations, it’s successful to a perhaps surprising degree.

Patel and Apte play off each other with a neo-Hitchcockean flair and Giles Nuttgen’s photography stylishly captures the changing settings. The Wedding Guest is pacey, suspenseful entertainment. If you want, you can take it a little more seriously, but that’s hardly necessary.