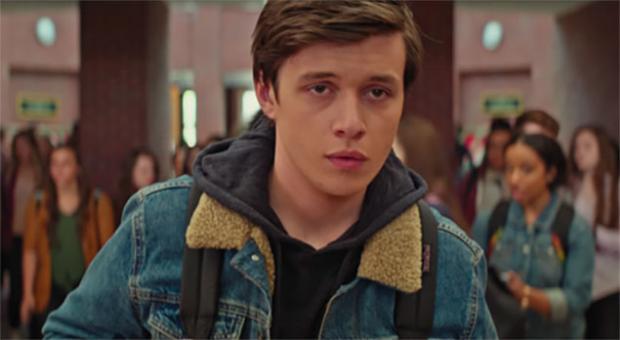 Steven Soderbergh has inserted a little embed joke into a scene in his new horror thriller Unsane. Matt Damon, no doubt cheerfully slumming in a cameo as a personal security advisor for his old pal Soderbergh, tells the main character, “Think of your cell phone as your enemy.” This, in a movie that was entirely photographed (by Soderbergh himself, under the transparent alias Peter Andrews) on iPhones. Judging by the results, it seems likely that he was more interested in the means than the ends as he made this movie.

The character who engages Damon’s security guy is Sawyer Valentini (Claire Foy, intensely engaged and impressive, until things get out of hand). She’s trying to protect herself from a frighteningly intrusive stalker named David (Joshua Leonard). Sawyer flees her Boston home and takes a job in Pennsylvania, where she seeks psychological advice to help her battle her disruptive traumatic after-effects of the siege this probably mad intruder has laid against her life. After only one session with a seemingly sympathetic woman at a private hospital, she’s gulled into inadvertently signing a voluntary admission form and finds herself incarcerated in a psycho-snakepit. She also has an even more frightening discovery there, one which ethical considerations prevent me from revealing. I can say it relies on a very hard-to-swallow piece of arbitrary plotting.

A sympathetic and sane patient (Jay Pharoah)—he’s there for opioid withdrawal—tells her the operation relies on extracting every possible dollar from patients’ insurance and then releasing them. The movie may have been sparked by recent reports of for-profit hospitals prescribing the lengths of patient stays based on availability of insurance, but Soderbergh clearly wasn’t interested in social commentary. He’s worked on atmospherics and shock effects, and Unsafeachieves these. It conveys the hospital’s grimly oppressive, sporadically violent environment in a number of shots and scenes. Soderbergh has skillfully employed the phone technology. The photography ominously squeezes close-up perspective, the light bleak and sometimes muddied and desaturated, and the imagery includes a kind of convex deep-focus that’s unsettling.

But Soderbergh’s movie becomes motored by cheap-effect, sometimes gruesomely sensationalist scenes and before these, it’s too often arbitrarily implausible. Let me give you a small example. Sawyer’s mom (Amy Irving) finally locates her daughter and calls a lawyer from her car. He assures her he’s in her corner, then inexplicably hangs up. C’mon! Lawyers go to the movies; they know a case with high publicity and monetary potential when it comes calling. But even the mild appearance of plausibility evidently wasn’t on Soderbergh’s mind.

“I’m just like you,” high-school senior Simon (Nick Robinson), the protagonist of Greg Berlanti’s Love, Simon, narrates as the movie opens. He has, he tells us, “a totally normal, perfect life.”

The perfect part isn’t going to hold up to scrutiny and events, and the populist appeal only works if you’re a teenager with your parents’ gift of a new, red, beribboned Subaru station wagon awaiting you in the driveway of your gracefully proportioned Colonial Revival home in a gently hilly suburb of similar dwellings. (A crucial party scene is set at a parent-free home around—what else?—the swimming pool.)

Okay, maybe I’m quibbling and caviling, not giving this movie its due and acknowledging its good intentions, and the social significance that’s being widely claimed for it. But I can’t avoid the perception that Love, Simon’s success will depend on its box office and its deployment of a rather assiduous cuteness.

The movie is a romcom centering on Simon’s secret homosexual identity. He’s afraid to reveal it to anyone, except an anonymous guy code-named Blue with whom he exchanges emails, and whom he thinks he loves, despite never having even met him. At the same time, he’s being blackmailed by a kid who wants Simon to help him woo a girl friend of his who doesn’t seem inclined to accept the blackmailer’s suit. Problems, resentments and recriminations ensue.

Robinson is somehow both winsomely attractive and “normal” appearing and he can deftly deliver a line. Most of this is harmless, and occasionally amusing, but it’s never clear why Simon can find no adult in whom to confide in a high school whose bywords are tolerance and respect.