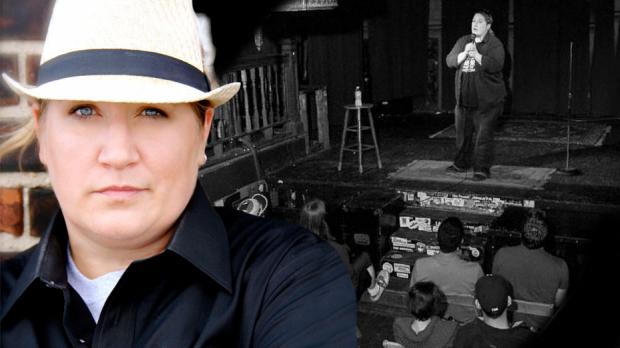 If Buffalo has a queen of comedy, it is surely Kristen Becker. As a comedian, she received formal training from the Humber School of Comedy in Toronto, ran Buffalo’s longest running comedy open mic, Doin’ Time, and became the GM of the Buffalo chapter of Helium Comedy Club. Now she’s offering aspiring comedians a crash course in comedy, which will include basics like joke writing and performance tips as well as an introduction to marketing yourself as a performer. “Comedy Classes aren’t for everyone,” says Becker, “but some people realize comedy isn’t as easy as it seems.” Don’t think you need a comedy crash course? Here are Becker’s five reasons you do:

1. Comedy is a delicate balance.

Even trained professionals can get into hot water, if everything doesn’t go JUST RIGHT. Just ask this guy…

2. Comedians can be jerks.

We don’t mean to be, but we just see a lot of people come and go and have learned not to waste our energy being friendly to EVERYONE. Walking into an open mic on your own can be lonely.

You’re in a room full of strangers that instantly become your friends. Expanding your comfort zone builds bonds. Take a comedy class and THEN walk into the next open mic with your new friends and ignore the sneers from the crusty pros in the corner.

4. Like everything else in Buffalo, comedy here is more affordable.

Comedy classes can run upwards of $300 But because this is Buffalo, this one is only $100. Take some of that saved money and use it on drinks…Maybe even buy a beer for the host of the show!

But it will give you and your coworkers something to talk about for a few weeks. Fear of public speaking is scarier than death to most people. Impress that girl/guy in the cubicle next to you with your oratory domination and be on top of the world for a day. The next day you will be all….