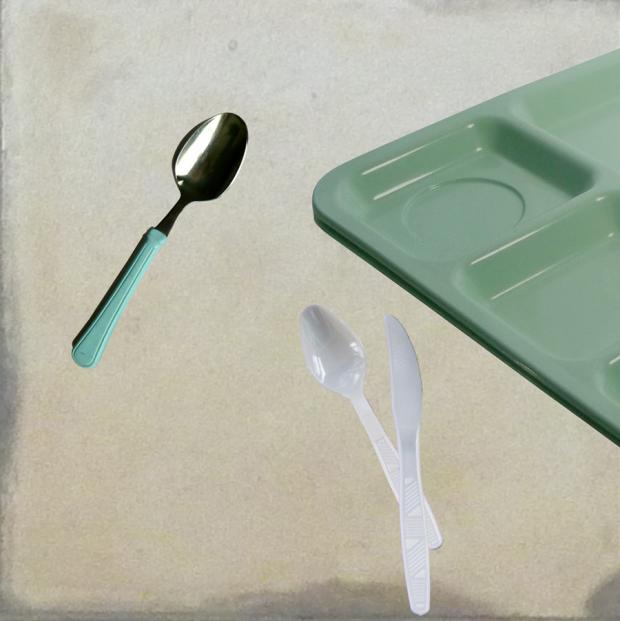 A natural paradigm for photographic work is the concept of “the decisive moment.” The photo that then and there captures—and thus memorializes—an interesting or significant event.

Artist Millie Chen’s basically photographic project on display at the BT&C Gallery is about various complicated matters, complicated questions. It is about the mortality of memory. It is about photographic memorializing not at the critical moment but after the fact. It is about the persistence of evidence—and thus memory—of the most horrific sort of crimes of humanity in the face of human efforts and natural forces toward erasure and forgetting of them. Or non-persistence. Utter or effectual disappearance of the evidence over time, but that we persist in seeing—imagine seeing—because memory prompts what we see just as what we see prompts memory. Ultimately this is a project about keeping memory alive. Discovering evidence to keep memory alive.

Basically photographic, though other art modes are involved, including drawing and painting. But the painting is either painting over photos, or what is essentially photo-realist painting. Whereas the drawing is somewhat tangential—though not to be dismissive of it—of the main thrust of the exhibit, the main work on show.

The main work is a kind of mosaic of eighty contiguous framed panels of photos of random nostalgia items from the last half of the last century—old photos, a prom or wedding couple, a page from a high-school yearbook, old toys, old record album covers, Patti Smith, The Clash, John Travolta in white suit and disco pose, a tie-dye T-shirt, tie-dye scarf with peace symbol medallions—against a backdrop of what looks like basement concrete flooring, sometimes painted over so as to alter but not obliterate the photo imagery, and usually stained somehow, in the way that happens to old and not so carefully collected items—old albums, old books—but also to basement flooring, where things sometimes spill and leave stains.

The mosaic of 80 panels is called stain. Which is also the title of the whole show. Which alternately might have been called stains and drains. Because multiple stains feature in the main work and possibly in other works in the show, while another work is called drain, and another series depicts drains. Floor drains, as in a basement floor. Symmetrically perforated metal plates, inset into what looks again like basement concrete flooring, like the backgrounds in the main work photos/paintings.

The work called drain—a series of three ink drawings on a gallery wall—and a kind of companion ink drawing on another wall—entitled exquisite—are of a quite different character, but not unrelated to the drains idea. They all depict hair, human hair. Disembodied hair in the series of three drawings, ranging from a large-scale rococo reminiscent design of elaborate graceful elegance to a compact hairball. But in all cases, upon consideration, much the sort of hair mass—hair conglomeration—one might encounter cleaning out a sink or bathtub or basement drain. And then usually quickly discarded. Not usually seized on as an item for aesthetic contemplation, aesthetic appreciation.

The companion drawing, exquisite, is a head of hair, embodied hair, seen from the back. Lovely, thick, flowing. Tactile. Sexy. Tresses such as might feature in a shampoo ad on television, though not blonde, as one would usually see in a TV ad, or even brunette, but jet black, ink black. (Like the hair in the three drawings series, the hair from the sink or tub drains.)

According to a handout, the stains and drains work is inspired by the artist’s visits to sites of genocide in Rwanda, Cambodia, Poland, and in this country, Wounded Knee. The background flooring photographs (in both the main work and the drains depictions) are from a former high school in Cambodia that was appropriated by the Khmer Rouge and used for whatever of its nefarious purposes. Chen says she uses the atrocity site photos “as a point of departure, and attempt to elicit the subtle visual residue that remains long after the traumatic event.”

Possible subtle visual residue, that is. Possible stain, physical stain. But indubitable moral stain. Which seems to be the real subject or object the artist is documenting. Complicated and problematical. Art about a leap from the physical—which in this case may not exist—to the metaphysical.

But by whatever means, whatever aesthetic strategy and rationale, memorializing the atrocity, which is a further—though perhaps not ultimate—objective of Chen’s art. “Within my visual art practice,” she says, “the act of looking is interrogated. At the core of my projects are social inquiry and the intent to interrupt habits of viewing.” Habits of viewing and habits of thinking about viewing. What it means, what it can mean.