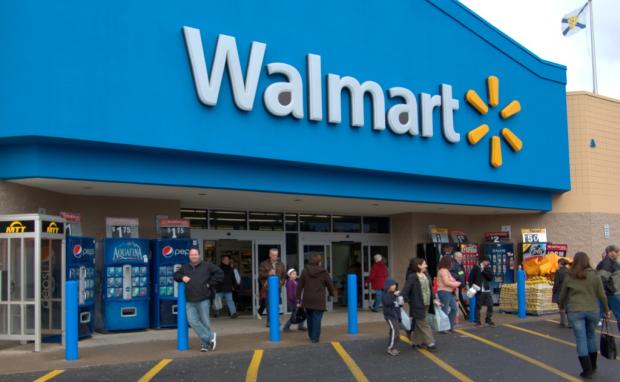 Editor’s note: I began working on a response to this story at WBFO, in which Mayor Byron Brown responds to Walmart’s decision not to allow NFTA buses to service its Cheektowaga store by expressing his hope that a Walmart might be built inside city limits. But then Andrew Delmonte of SUNY Buffalo State’s Small Business Development Center shared this Facebook post with us. Seems to say it all… —Geoff Kelly.

So, here’s the thing: Walmart stores are a known source of low-wage work, poor working conditions, artificially low-cost consumer products that cost us all more in uncollected (subsidized) taxes and in necessary social supports for the company’s minimum-wage-earning workers, and they have a negative (if not devastating) impact on the locally owned and independent businesses in surrounding communities, which, by the way, have been shown to retain something in the area of 3 or 4 times more wealth (that’s “money,” to you Economic Development types) in communities than do national chains. Some of the other exciting highlights, from the Institute for Local Self-Reliance:

Walmarts have been found to lower a community’s social capital. They’ve been linked to slower declines in crime rates than in areas without Walmart stores. An investigation of Walmart’s local property tax records found that the company systematically seeks to minimize its payment of taxes that support public schools and other vital local government services. And that’s not to mention the millions (billions, according one report) in tax subsidies (i.e. our tax dollars) that Walmart stores receive from municipalities in exchange for these thrilling improvements to our communities.

In California, it was found that Walmart workers earn 31 percent less than the average for workers at large retail companies and require 39 percent more in public assistance. And another California study concluded that not only did Walmart lower average wage rates, but “every new Walmart in a county reduced the combined or aggregate earnings of retail workers by around 1.5 percent.” In 2013, of all the companies with 50 or more workers in Massachusetts, Walmart ranked third overall, with 4,327 employees, approximately one-fifth of its Massachusetts workforce, relying on state health care assistance.

The opening of a Walmart on the West Side of Chicago in 2006 led to the closure of about one-quarter of the businesses (82 of 306) within a four-mile radius, according to a study by researchers at Loyola University. Another study in Iowa found that 84 percent of all sales at new Walmart stores came at the expense of existing businesses within the same county. Only 16 percent of sales came from outside the county—a finding which refutes the notion that Walmart can act as a magnet drawing customers from a wide area and benefiting other businesses in town. A 2005 study found that within five years of Walmart’s arrival, 1,749 counties had lost an average of four small retail businesses, one mid-sized store, and one large store.

A 2008 study suggests that for every new retail job created by Walmart, 1.4 jobs are lost as existing businesses downsize or close. The study also found that the arrival of a Walmart store reduces total county-wide retail payroll by an average of about $1.2 million. All of this, it’s interesting of note, has happened while the owners of Walmart have catapulted themselves to the top 10 of the Forbes list.

For these reasons, and at least a few others, communities across the country and around the world have successfully organized to keep Walmart stores and other large chains out. Many communities have taken it a step further, and have created policies and priorities to favor those businesses that retain more wealth, provide good jobs, improve the environment, and are owned and controlled by members of the community, in an effort to create a more democratic, locally responsive, and dignified local economy.

In an already skewed local economy, with a legacy of economic injustice falling predictably along racial lines, and with very real problems in low-income and marginalized communities, every single economic development decision and public policy decision we make must work to right those wrongs, and work in favor of a just, sustainable, non-extractive and non-exploitative economy. Any decision that doesn’t, frankly, isn’t worthy of Buffalo.