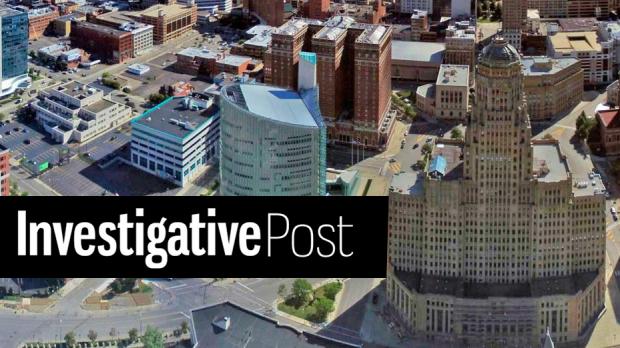 Buffalo is doing better, but is it doing as well as the politicians and and much of the local press would have us believe?

Progress has been overstated. There’s a lot of racial inequality. We’re a high-crime city where few criminals get caught. And Buffalo is a ward of the state.

That was the bottom line to my address February 24 at the Burchfield Penney Art Center. I strongly encourage readers to watch a video of my presentation online at investigativepost.org. A PowerPoint of the presentation is also posted online.

Charlotte Keith and I dug deep into the data to provide a factual, statistical framework on which I based my conclusions.

Here they are, in a nutshell:

The city’s economy isn’t everything it’s been cranked up to be.

Buffalo has a lot of crime and little of it gets solved.

•    The share of elementary pupils showing proficiency in language and math skills is less than half the statewide average.

•    The percentage of students graduating from high school in four years has dropped by five percent since 2009, to 53 percent.

•    Only 37 percent of high school graduates go on to attend a four-year college.

The city is a ward of the state.

•    State aid covers 40 percent of the city’s operating budget, more than the 37 percent provided via the city property tax and other municipal revenue.

•    The state provides city schools with 89 percent of its operating revenue.

•    Less than two percent of the city budget is spent on economic development, culture and recreation, health and community services, and debt service on capital projects. The lion’s share is spent on the wages and benefits of city employees, primarily police and fire.

•    While city finances have improved, the budget still has a structural deficit that requires one-shots to balance the books.

As I noted in my closing remarks, while Buffalo is experiencing a modest recovery, our most serious problems remain unresolved, and, in some instances, unaddressed altogether.