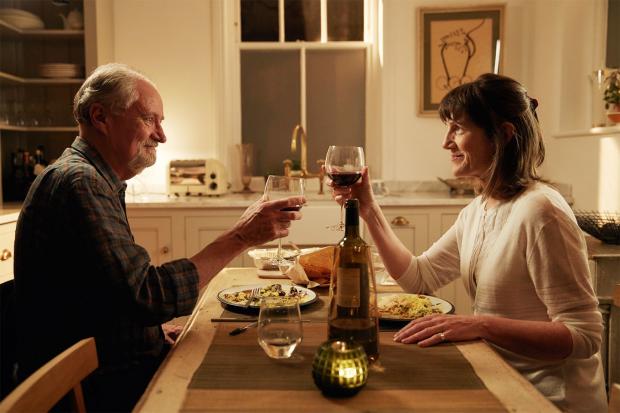 The Sense of an Ending, the movie version of Julian Barnes’s prize-winning short novel of the same title, is another episode in the very long, contested history of books-into-film. It may also offer an object lesson, but there have been plenty of those over the decades, to little effect. Movies are movies, and not to be confused with the works on which they’re based, according to one hardy school of thought.

We’re not talking here of pop, pulp and genre fiction or about the youthfully—and not so youthfully—zealous partisans who complain of trims and unwelcome interjections in the film series made from the Harry Potter and Twilight novels. No, this is about adaptations of “serious” works of fiction, what the publishing industry calls “literary fiction.” These can and do prove resistant to transferal to the screen. Often, they are further compromised by moviemakers’ conflicted feelings and commercial goals. Something like that seems to have happened to director Ritesh Batra (The Lunchbox).

Barnes’s brief novel may seem at first to present decidedly fewer obstacles than, say, William Faulkner’s works, to cite an obvious example. The book’s brisk first-person narrative, style and language are apparently straightforward and unambiguous. But it contains traps and surprises, for both Tony Webster, its protagonist, and the reader. Meanings and assumed facts are eventually challenged, and secrets are discovered to be concealing an alternative history.

Narratively, the movie (written by Nick Payne) begins by roughly following Barnes’ general plotting. Webster (Jim Broadbent) is a sixty-something operator of a small shop selling expensive and rare cameras. He’s a long-divorced father of a thirty-six-year old single expectant mother (Michelle Dockery) whom he conscientiously accompanies to Lamaze classes. Both his daughter and his ex (Harriet Walter), a highly-placed barrister with whom he remains on friendly terms, treat him with a sometimes impatient condescension. He does seem a little interpersonally restricted, but he tries with them. With others he can exhibit his own brand of impatience, when he’s not operating with a kind of slightly forced geniality. Tony can be rather obviously uninterested in others’ feelings, but his wife and daughter’s mild exasperation seems a mite excessive. He’s much more limited than mean.

He’s pushed into unaccustomed recollection and introspection by a legacy from the estate of the mother of a long-lost girlfriend. It’s the diary of a boarding school classmate he had admired and who became his girl’s lover in his place. Adrian (Joe Alwyn) was a suicide many years ago and of course Tony wonders what’s in the diary. It transpires that the former girlfriend won’t relinquish it, however. He begins a quest to get it, even as he recalls and ruminates over the past he’s forgotten or repressed. Gracefully interposed and acted flashbacks give us some picture of this past as he recalls it: his platonic love for Adrian and more carnal relationship with Veronica (Freya Mavor). This becomes an effort to pierce a mystery about him and these people from his past.

The movie version is smoothly assembled and superficially appealing, but it mutes and then dissipates the tension and tragic impact Barnes tried to create. Tony finally comes off as a well-meaning, firmly middle-class, emotionally challenged guy. This isn’t what Barnes had in mind. Broadbent is a fine, impressive performer, but it’s too difficult to reconnect his Tony with the mildly diffident youth of literary ambitions who grooves on Dylan Thomas. If that’s the filmmakers’ point, it’s a dubious one. And it doesn’t help that the just-this-side of pretty Billy Howle, as the young Tony, ably conveying sensitivity, doesn’t suggest he will become Jim Broadbent’s Tony. Charlotte Rampling brings a bracing note of authenticity as the older Veronica, but the movie devolves into a make-nice odyssey to self-understanding and redemption. It is rather limp compared to Barnes’s tale of psychological obscurity and personally tragic misunderstanding.

The movie may work on its own terms, but these are a considerable distance from the novel’s investigation of unexamined memories and saddening realizations.