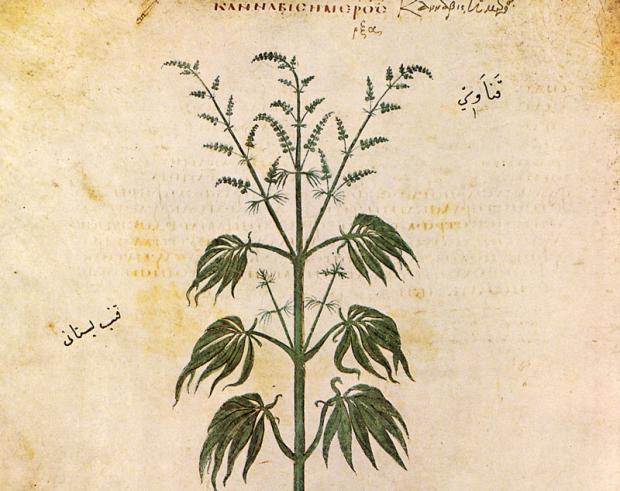 Legalize it, then criticize it

Tracking marijuana news sometimes feels like revisiting a lesson in American democracy. The intentional constitutional elasticity between federalism and republicanism is playing out in active public forum that should excite any armchair legalist. It’s as if the ongoing debate between the ten dollar bill and loose nickel—the ghosts of Alexander Hamilton and Thomas Jefferson— rages on in your pocket. After 500 years of European cultivation of marijuana we’re suddenly in novel territory.

Twenty-three states plus D.C. have medical marijuana laws on the books, and every week there’s news out the other twenty-seven. Currently twelve states are kicking the tires on some form of medicinal marijuana law.

But no location seems as legally avant garde as Washington, D.C., where marijuana was legalized last month.

By experimental design or just garden variety incompetence, the nation’s most bizarre marijuana policy is underway in the capital, where it is legal to grow and privately consume marijuana; but still illegal to buy, sell or consume in public or in private clubs. It recalls elements of the experimental legal drug market “Hamsterdam” secretly instituted by police in season 3 of television show The Wire. Why would police decide to enforce a law that is so logically divided?

It doesn’t seem well thought out, but maybe that is its strength. D.C. should be small and ready enough to adapt the limits of its self-government, right? Just five days after legalization, the D.C. Council scrambled to tweak the law, outlawing private clubs forming around marijuana use and exchange.

Perhaps before the Council has time to consider otherwise, the D.C. Cannabis Campaign is holding a “seed exchange” to enable the proliferation of private growers. Organizers estimate that the ratio of seed have-nots to seed-haves is 30:1. What will be exchanged in lieu of seeds is unclear, but it’s Washington after all. A few bucks to the seed-havers super PAC of choice should cover it.

Elsewhere in the Union

This fascinating long read delves into the crossed pools of politics and religion in Utah, showing that although the country’s second most religious state didn’t pass the bill, the plant holds wide acceptance for its medicinal values. The bill’s major detractor, Senator Todd Weiler, told activists he was in no hurry to push this legislation through, saying to a cancer patient receiving effective treatment out-of-state: “No one will die. You will leave the state and the others will use it illegally,” and “What’s the hurry? Marijuana has been banned in the state for decades. Maybe we made a mistake 80 years ago when we chose to go with opiates over marijuana.”

Idaho’s Senate Committee narrowly passed a cannabis oil bill that will be presented to the state’s legislature.

In North Carolina, there’s a familiar wrangling about the issue where the old guard can’t get it out of their heads that marijuana is a dangerous narcotic.

But if weed could make it in Texas, you’d have to think it could make it anywhere. Lawmakers there introduced a bill on Friday that outlines a medical pot platform to the Senate.

Real change in attitudes about the drug has to come from changes to laws higher up, and a bipartisan federal bill to move marijuana from a Schedule I to a Schedule II drug got additional support this week when Republican Dean Haller joined Rand Paul and Democratic Senators Booker and Gillibrand. Status as a federally recognized Schedule II drug opens the door to plausible defense over use of the drug as being medicinal. Marijuana would legally enter the territory of other Schedule II drugs like hydrocodone, Adderall, and cough syrup.

Maybe Paul and Haller are smelling what’s riding the wind these days in D.C.