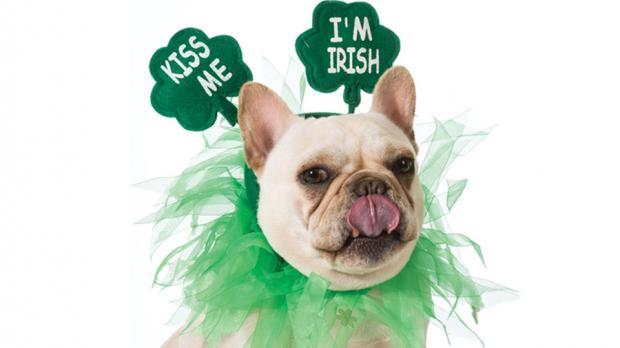 You’re reading this for one reason, and that’s to find out where to drink on St. Patrick’s Day, so let’s get straight to the point. Your two major attractions are, of course, the Old Neighborhood Parade in South Buffalo and the Buffalo St. Patrick’s Day Parade.

There are rumblings that this may be the last Old Neighborhood Parade if organizers can’t find another sponsor—it’s currently organized by the Valley Community Association and sponsored by Labatt Brewing Company, Powers Irish Whiskey, and a few gracious benefactors—so if this is your go-to parade, get down there because it might be your last opportunity. And maybe consider volunteering, or even better, helping the organization to secure corporate sponsorship for next year, if you care to see it continue. The Old Neighborhood Parade happens Saturday, March 16 at noon and marches through the Old First Ward.

The next day, Sunday, March 17, is the Buffalo St. Patrick’s Day Parade, which heads down Delaware Avenue at 2pm.

Before, after, and in between parades there’s a whole lot to do near by too. If you’re starting on Friday, head to the 7th Annual Live at O’Larkin event in Larkin Square. Expect music by McCarthyizm and the Greater Buffalo Firefirghters Pipes and Drums band, and Irish dancing from Clann Na Cara Irish Dance. Food trucks and craft beer will be there in abundance too.

On Saturday, you can start off the Citra St. Patrick’s Day Party at the new Labatt Blue Draft Room. Starting at 10am they’ll have food, prizes, a tasting of their new Citra brew, which they’re launching at this event, and music from Strictly Hip.

From there, head to the Allentown St. Patty’s Bar Crawl, which begins at 5pm. Hit up Falley Allen, Alley Cat, Savoy, Exchange, Fat Bob’s, DBGB, and Colter Bay to drink and win prizes. Following that, head to the Tudor Lounge for some drinks and live music from a few local bands starting at 7pm. At 8pm there’s what’s becoming Thin Man’s annual event, Punk Rock St. Patrick’s Day, with Super-Tugger.

On Sunday, start the day at either Expo Market or Community Beer Works. Expo will be serving up green food—eggs, waffles, bacon etc.—as well as some Irish dancing, live music, and kegs of beer. Community Beer Works, on the other hand, will have Reuben Breakfast Sammys, Tipico Coffee, and craft beer. CBW will be running an unlimited free shuttle to and from the parade. Once you’re on Delaware, head over to Babeville to get a nice view of the parade and stay for a celebration with the Observers, Crickwater, and Middlemen. If you want to stay near the parade route, there’s live music from Shaky Stage at Nietzsche’s in Allentown starting at 5pm.

Alternatively, if you’re steering clear of the parade route, you can head to either Mr. Goodbar or Buffalo Ironworks to catch alternative rock. Rust Belt Brigade, Cooler, and more set up at Goodbar, while Ponder and Mosswalk throw their St. Paddy’s Day celebration at Ironworks. Finally, end your St. Patrick’s Day run at DBGB for the “Best St. Paddy’s Day Party in Town,” featuring the Buffalo Wrecking Crew, a bunch of great DJs, and a bunch of food dyed green. If you’re really, really in the St. Patrick’s Day spirit, you can head over to Seven Seas Tattoo on Elmwood on Sunday where they’ll be doling out relatively cheap St. Patrick’s Day-themed flash tattoos. Maybe avoid that one if you’ve already had too much to drink. That goes for driving, too.