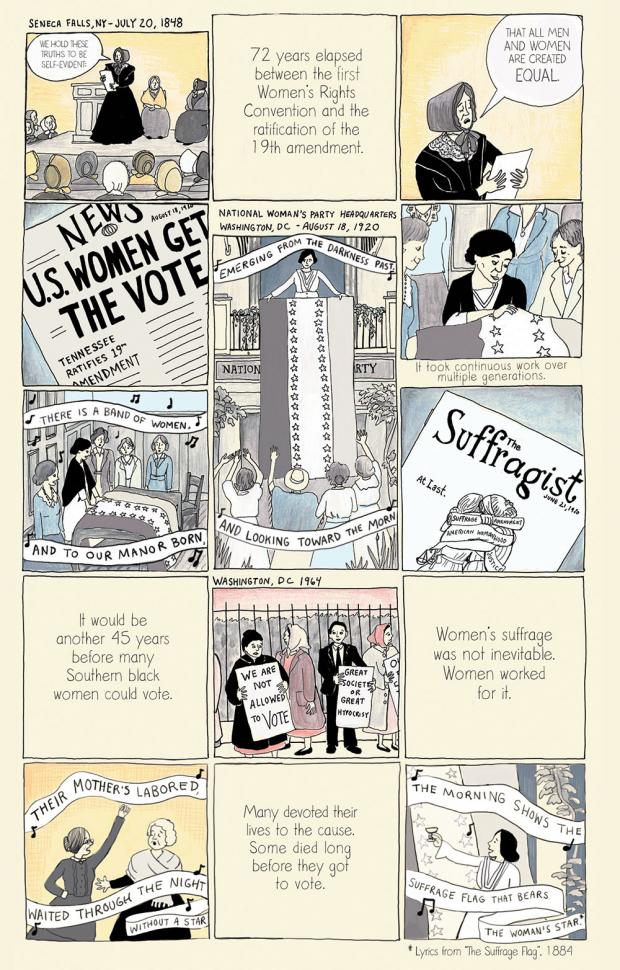 Thanks to the support of NYSCA, the Burchfield Penney commissioned Cass to explore the issues of voting rights in the US.

“Through the interwoven stories of women from three time periods, Women’s Work: Suffrage Movements 1848-1965 will recount the history of the movements that led to the ratification of the 19th Amendment giving women the right to vote and the passage of the Voting Rights Act of 1965 which helped secure voting rights for minorities,” wrote Cass.

Caitlin Cass makes comics, drawings, and counterfeit historical exhibits. She publishes a bi-monthly comic periodical under the moniker The Great Moments in Western Civilization Postal Constituent. Her comics have also appeared in The New Yorker and The Public. She was awarded a 2018 NYSCA/NYFA fellowship in fiction. Caitlin lives and works in Buffalo and teaches art at Buffalo Seminary.

The Public’s weekly centerfold is sponsored by: