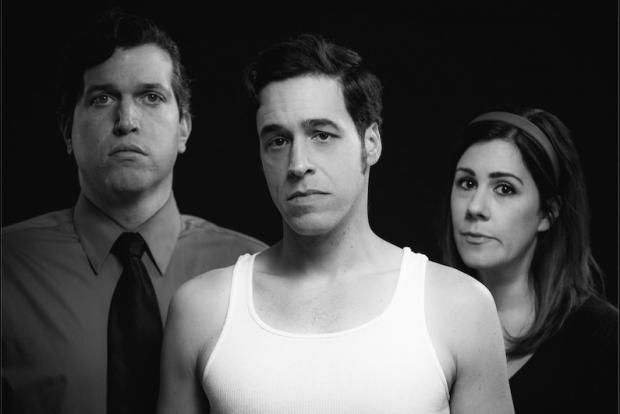 Tony Kushner’s Angels in America: A Gay Fantasia on National Themes doesn’t really contain Multitudes, but it is epic in its audacious, distinctive fashion. It’s an imaginatively soaring work, as fantastic in some scenes as its subtitle promises, but it’s also intimately scaled. It’s also adorned with camp wit and a little sophisticated comic schtick. And it’s politically trenchant. Did I mention the climactic spectacle?

Kushner managed to interweave these varied elements in his 1990 play, set in 1985-86, into one of the most provocatively original experiences in modern American theater. And certainly one of the longest. Taken together, Angels’ two parts total about seven hours of playing time, and Second Generation Theatre Company very understandably mounted only part one, Millennium Approaches, for its admirable current production at the Smith Theatre. (The second part, Perestroika, is about 40 percent longer than the first.) This doesn’t matter as much as it might seem: The two parts do make a complete narrative, but they’re also different and part one, especially, can be experienced by itself.

Angels is centrally structured around two formally defined couples, and one virtual pairing. Prior Walter (Ben Michael Moran) is the long-term lover of Louis Ironson (Anthony J. Grande), who’s on the verge of leaving Prior because of his fears of his lover’s advancing AIDS. Joe Pitt (Steve Copps), a Republican Mormon lawyer and clerk to a federal judge in Manhattan, is married to Harper (Kristin Bentley), a valium-popping neurasthenic who’s afraid of almost everyone and everything and escapes into hallucinated travels near and far.

Joe has formed a relationship with a powerful patron, none other than the more-or-less real-life Roy Cohn (David Oliver), the notorious right-wing lawyer and political and business finagler. (Kushner’s Cohn is creatively fashioned, but some of his actual crimes and misdeeds are part of the package. Part of the late Cohn’s poisonous legacy is his role in advancing the career of one Donald Trump, lending the play an unforeseen contemporary significance.) Cohn is the play’s only nonfictional character, unless you count the ghost of Ethel Rosenberg (Mary McMahon), the accused and probably innocent Soviet spy whom Cohn helped send to the electric chair. These pairs overlap and interact directly and indirectly. In a way, the ill, soon-abandoned, and (literally) haunted Prior and the squalidly unethical Cohn are the play’s polestars even though they never meet, linked by a chain of personal events and the AIDS crisis.

That Kushner was never less than earnest in writing Angels is never in doubt, but he spiked the play with humor and wit that’s sometimes amusing and sometimes unsettling. Attend, for example, to Belize (Dudney Joseph, Jr.), a nurse, former drag queen, and Prior’s mordant friend, as he impishly summarizes a purple-prosed, bodice-busting historical romance novel for Louis in order to make a point about empty professions of love.

The obviously adept and resourceful director, Greg Natale, has had the skilled collaboration of an accomplished cast. Moran’s Prior may be a little too fey at first, but he’s succeeded in developing a poignantly sympathetic individual whose safety we worry about. Grande has taken an interesting, persuasive approach: He underplays, sometimes dryly but artfully, the self-defensive, unfaithful but tortured Louis. To some extent, this is what the play calls for, but Grande has personalized the role with great control. Joseph makes quite an impact in his two scenes as Belize. (Like several other cast members, he plays more than one role.) Bentley’s Harper is very appropriately forlorn and confused. Oliver can seem a little mild at first as the scabrously evil Cohen, but by the play’s end he’s a rivetingly dynamic figure. Mary McMahon and Jacob Alborella stand out in smaller parts.

Natale and set designer Primo Thomas, for the most part, surmounted some real challenges in staging Millennium. Faced with a limited playing area, the restrictive, rudimentary resources of the company and the play’s daunting special effects demands they haven’t tried to finesse their way. They’ve been upfront about the problems; they haven’t tried to conceal them. The effects and the split-stage dual scenes are presented without much attempt at the slick or the pretentious. This is an appealingly homely, technically rudimentary production that uses its limitations to make the audience concentrate on the spell the writing and acting cast.